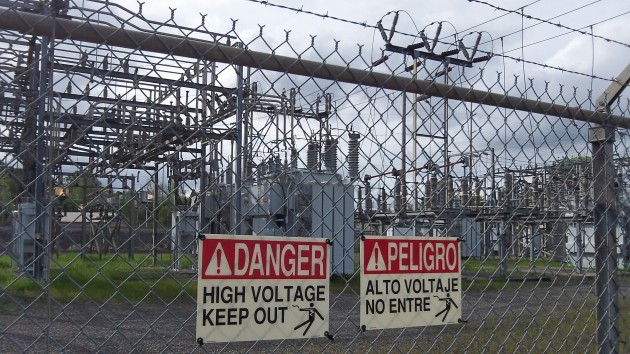 The Murder Creek substation serves a wide area in and around Albany.

If you wanted to know the implications for the rest of the Albany area of a Millersburg electric power takeover, it would help to have an advanced degree in electrical engineering. Lacking such a degree, most of us will be interested in what the engineering staff of Pacific Power says based on a preliminary analysis the company has just made public. It says that a ballpark figure for the cost of separating the power delivery system that supplies Millersburg is $41.5 million.

Pacific Power does not want Millersburg to grab ownership of the electric system within the town, so its assertions may be taken with a grain of salt. On the other hand, Pacific knows a lot more about its own system requirements than any number of consultants and their lawyers hired by Millersburg.

Although it was somewhat vague on this point, consultant D. Hittle and Associates estimated that Millersburg would require financing of either $7.4 million if it condemned the system without the substation or $11.6 million if the station was included. Neither estimate appears to account for the complexities of separating the proposed Millersburg system from everything around it. 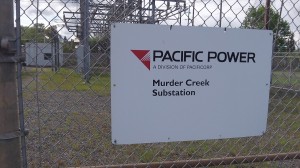 The Murder Creek substation on Old Salem Road supplies not just Millersburg but also customers north to the Santiam River, west across the Willamette River to Spring Hill Drive in North Albany, east along Knox Butte Road all the way to Cottonwoods, and south to Grand Prairie Road in southeast Albany.

The Pacific engineers point out that the Murder Creek substation is in the center of the large area it serves, and losing it would require two new substations to be built, one east of I-5 and the other in North Albany, along with upgrading the transmission lines to reach both.

What about letting Pacific keep Murder Creek and just adding new circuits there for Millersburg? The engineers say the substation is “fully developed” and new distribution circuits cannot be added.

Also, there’s the “hole in the line network” that removing Millersburg from the system would leave, making it necessary to build new lines around the city limits to reach the country to the north, or to string new wires through the town, adding to line “congestion.”

The Pacific engineering staff did not even attempt to get into likely complications such as siting restrictions on new substations, the proximity of any new lines to the Albany Airport and I-5 interchanges or railroad rights of way.

Some in Millersburg may have visions of lower rates, and what those rates might actually turn out to be is another area of dispute. But if the Pacific engineers are even half right, yanking the very center out of an electric system that serves a much bigger area is going to cost far more than the promoters of this idea think. That alone should give Millersburg pause. (hh)