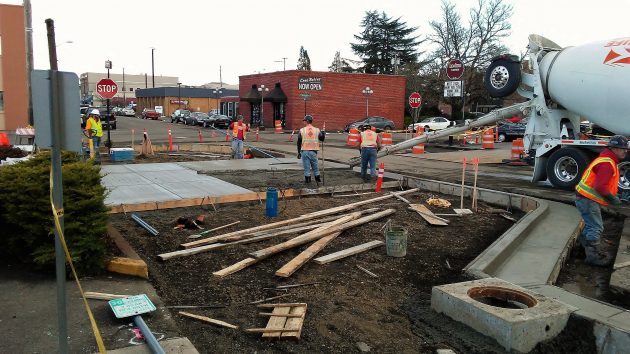 On a super-local subject, there’s been a lot of talk about parking at the Albany Post Office lately, most recently at the city council meeting Wednesday. But on Friday there was no parking at all as construction blocked both the lot and adjoining streets, making mailing a letter more of a challenge than usual.

On Wednesday, when the towing of unauthorized vehicles from private property was on the agenda, a couple of postal employees complained to the council that spaces in the post office lot were often taken by non-postal customers, including diners at nearby restaurants. The lot now is posted around the clock for postal business only. But apparently it hasn’t worked.

Mayor Sharon Konopa thinks it’s unnecessary to restrict the post office lot to mail customers 24 hours a day. She suggested that only two or three spaces be set aside around the clock, and that after hours the rest of the lot be released for public parking.

The mayor also said that because of changes in personnel, she hadn’t known whom to talk to at the post office — about parking or her idea that the office be moved. If she’ll wait a month, she can talk to the new postmaster. Her name is Pamela Moody, now the postmaster of Seminole, Texas, and she will start in Albany on March 6.

Meanwhile, construction continues on an improved “streetscape” around the post office block. On Second Avenue, one of the two blocks where back-in angled parking is being installed, a sidewalk extension or “bulbout” is being constructed. This may make getting out of the lot a little harder — assuming you got in. (hh) 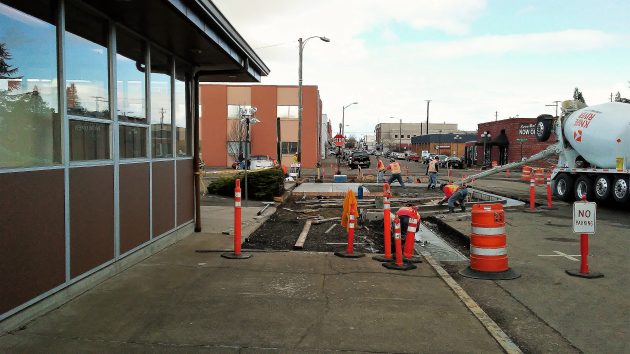