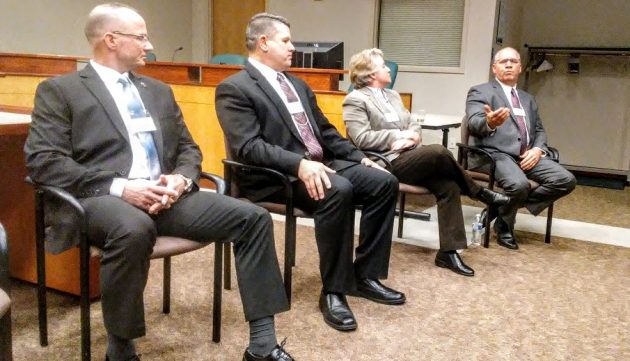 One of these four police officers is likely to become the chief of the Albany Police Department after Mario Lattanzio retires in little more than two months.

The four finalists emerged from a field of 26 applicants, and on Thursday afternoon they took turns answering questions before an audience in the council chambers at City Hall.

Three of them, including Albany’s Brad Liles, are captains in their respective police departments. The fourth, Marc Denney, is the chief in La Center, WA. Harnden works in Bellevue, WA; and McSheehy had the longest trip to get here. He lives in Florida and works for the police in Eustis, in the central part of the state north of Orlando.

For a summary of their professional backgrounds, see the announcement of Thursday’s meet-and-greet event on the city’s website here.

The questions thrown at the finalists covered only topics related to their field, such as: What do you understand community policing to mean today; what’s the importance of a department’s national accreditation (which Albany police just achieved); and what about cooperation with federal immigration police.

Others dealt with recruiting officers; how do you make sure officers stay honest and act ethically; what challenges does a new chief face during the first 30 days; how to deal with the homeless, especially when mental illness is a factor, and what do you think of red-light cameras or photo speed enforcement.

The finalists face another day of interviews Friday. City Manager Peter Troedsson plans to make his choice next week. (hh) 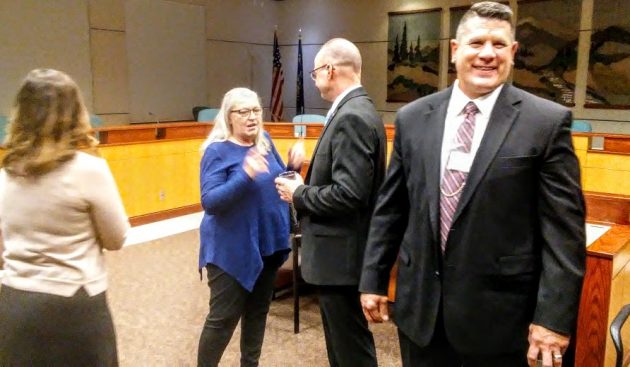 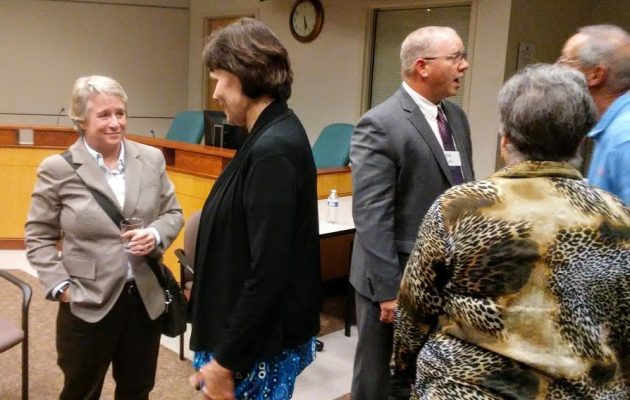