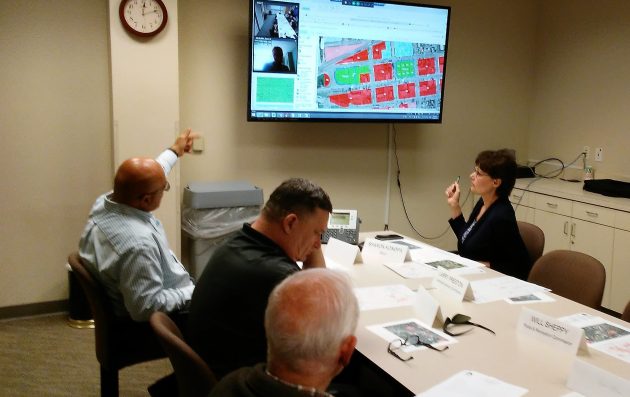 Nobody knows yet if the Postal Service would consider moving its Albany office, but a city committee intends to approach the federal agency with at least a couple of proposals at potential sites.

One is  the former Safeway store at Calapooia Street and Pacific Boulevard. The second is a piece of mostly vacant property bounded by Pacific, Seventh Avenue, Madison Street and the off-ramp from Pacific to Seventh. There’s a third potential site two blocks east of the second, but the several owners of that one have not been contacted.

Five members of Mayor Sharon Konopa’s 10-member “Historic Properties Ad Hoc Work Group” met again Monday. The mayor formed the group to explore what do about the old and unused Cumberland church on Main Street and to see about getting the post office moved. The group plans to meet again June 5.

In the meantime, city officials Jorge Salinas and Ed Hodney said they would start working up proposals on how the first two sites could work for the post office if it wants to move. Presumably a location would have to be secured and the city or a developer would have to build or remodel a structure to postal specifications and then lease or sell it to the post office. The two sites lie within the CARA urban renewal district, the mayor has noted. Chances are she’s thinking of getting CARA involved.

But, the mayor said, “If the post office doesn’t want to move, there’s not much we can do.”

As for the old church, which the group would like to see moved to vacant city property near the Albany Skatepark and Hackleman Park, Hodney said the next step is to get an engineer to check and see whether the building can even be moved at all, and if so at what cost. Only when that is known would it make sense to work up further plans. (hh) 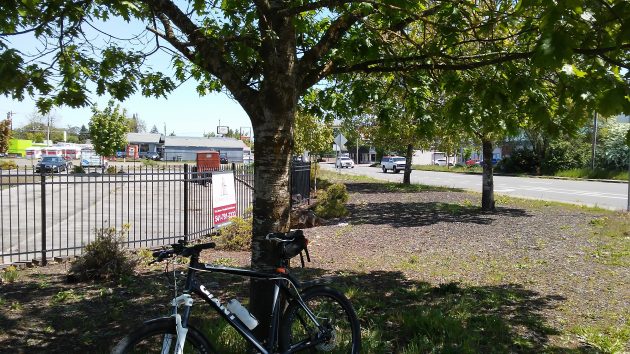 The city panel is considering the lot behind the fence for the post office. Pacific Boulevard is on the right. 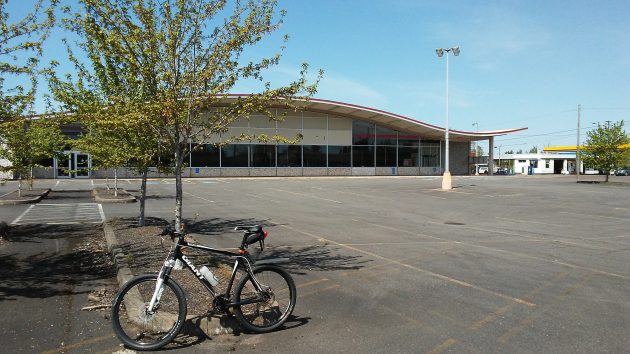 The former Safeway store also is still on the work group’s list.