Playgrounds: Now all they need is kids 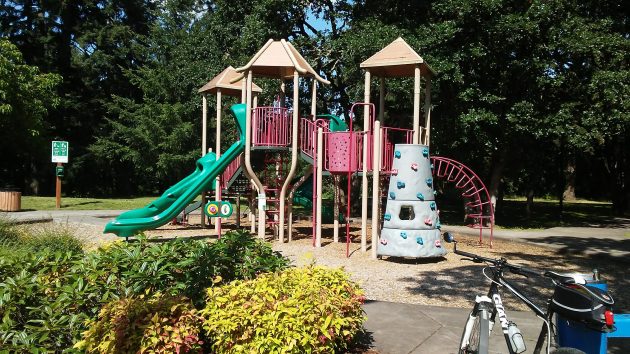 The tape barring kids from the equipment at Eads Park was gone on Wednesday.

Beautiful spring weather and no more caution tape intended to keep children away. You’d think the playgrounds in Albany’s city parks on Wednesday would have been teeming with kids.

But I didn’t see anyone — kid or otherwise — in little Eads Park in a corner of the Willamette Neighborhood.

In line with so-called guidance from the state, Albany reopened its playgrounds Wednesday. The folks in parks and recreation also dropped some other restrictions, but not the ban on playing basketball on the park courts.

The Oregon Health Authority has listed basketball among contact sports that are supposed to be discouraged or prohibited during the corona crisis.

This prompted Albany to take away the hoops from city courts, lest any couple of friends sneak in some one on one. Here’s what it looked like at Deerfield Park on Monday: 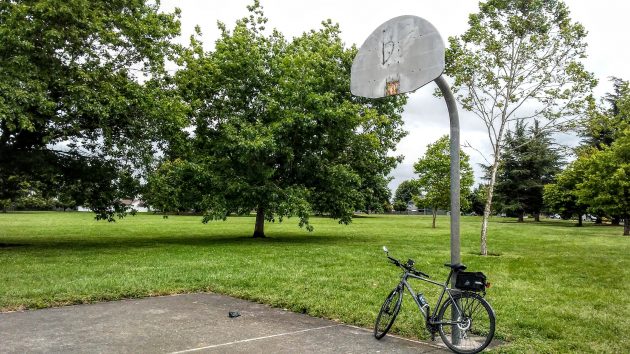 You’d think that shooting baskets would be a pretty safe activity. So maybe the city could have left the hoops in place and posted signs: “Social distancing required.”

But that probably wouldn’t have worked any better than the rules for distancing in pickleball and tennis. And you’ll notice those have been crossed out in the new corona rules posted in the parks, like the one below at Eads: 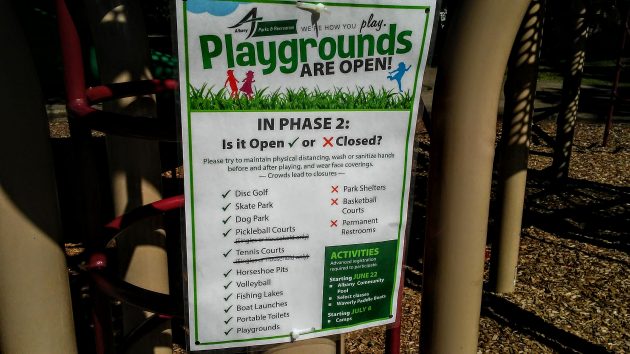 As laughable as some of this may seem to some of us, let’s keep in mind that the people at parks and rec are not going through all this extra work for fun. (Posting restrictions and taking them down, checking equipment for safety, and so forth,) As a public agency that gets blamed when things go wrong, they take their advice from the corona leadership of the state, as they must.

Now, here’s hoping Albany kids and their parents get the word that it’s OK to go to the playground again. (hh)


One response to “Playgrounds: Now all they need is kids”