Plastic bags: Take 2, so to speak 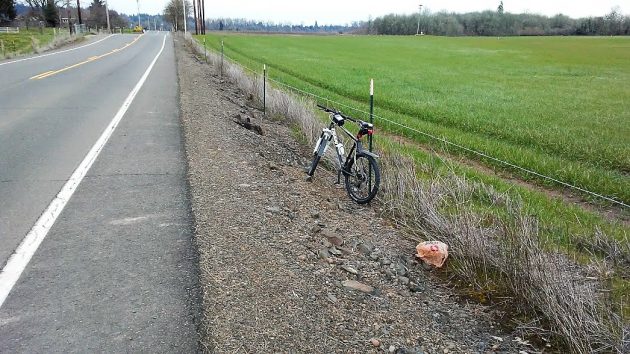 There it was, an ugly pimple on the face of the broad green bosom (in Tom McCall’s memorable phrase) of the Albany countryside: A discarded plastic grocery bag, limply pulsating in the breeze.

The bike and I were making our way along Bryant Drive when that bit of plastic trash caught my eye. Normally I would have gone on by. But this was a week after four middle schoolers from Memorial got up before the Albany City Council and asked for a ban on plastic bags.

So this bit of debris fairly cried out to become a photo opportunity.

It also reminded me to follow up on the request from the Memorial kids, members of the school’s “Green Team.”  Is the council going to do anything about this, unlikely as it seems? Will plastic bags be on the council agenda any time soon?

“This will be totally up to the councilors if they would like to pursue a ban,” Mayor Sharon Konopa replied when I asked. “And I have not heard from anyone yet!” 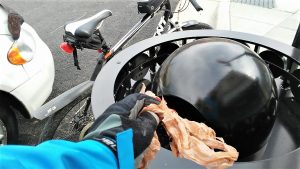 If you’re going to exploit trash by the roadside for a story that requires no real effort at all, the least you can do is pick it up. With that in mind, this particular item accompanied the bike and me back into town. There it was deposited in one of the new, 305-pound steel trash receptacles the city installed for the downtown streetscape project. (Albany bought 23 of the cans at $1,470 each for a total of $33,810, and the parks crew installed them at no additional charge.)

Alert now and on the lookout for plastic bags, I came across another one, though from a different store, under the railroad underpass of the Cox Creek Path.

That one made its way to a trash can conveniently provided near the entrance to Simpson Park and the Talking Water Gardens. But it hardly made a difference to the underpass, which often is and was on that day thoroughly trashed. (hh) 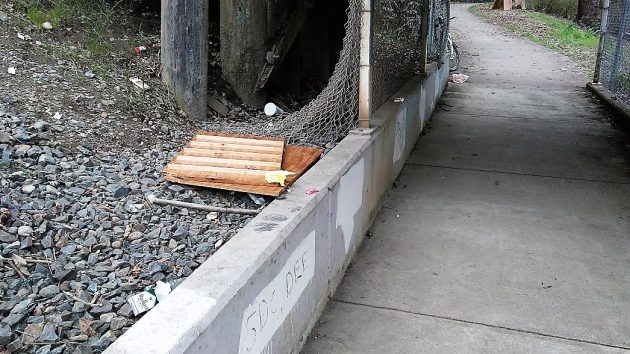 A lone plastic bag was the least of the problems at the Cox Creek railroad underpass.