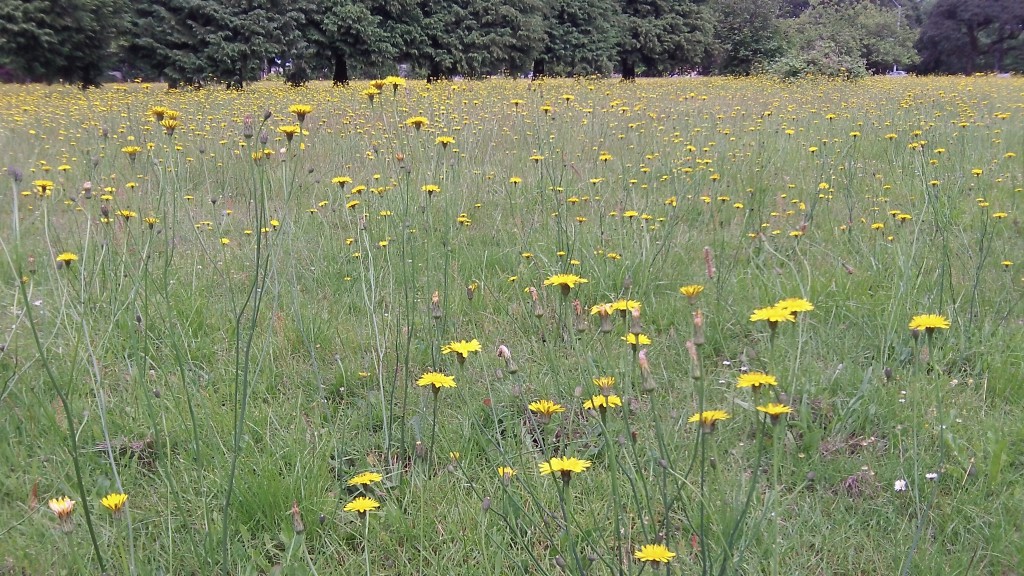 Dandelions as far as the eye can see.

This Albany photo, taken Thursday, makes you wish there was a use for dandelions. As it turns out, there are many.

A website maintained by the University of Maryland (the first one that popped up when I googled dandelions) says this weed is full of vitamins A, B, C and D as well as iron, potassium and zinc. Which is why dandelions have been used in food and medicine around the world for ages.

The leaves, for example, can be used to add flavor to salads, sandwiches and teas. The flowers have been used to make wine, and roots have found uses in some coffee substitutes. Various cultures including Native Americans used dandelion parts to treat kidney disease and many other ailments, everything from skin problems to upset stomach. Traditional Chinese medicine also used it for stomach problems, and in ancient Europe it was used to treat conditions from fever to diarrhea.

But before you run out and try any of this, be aware that so far, according to the Maryland website, scientific medical studies backing up any of these benefits are entirely absent.

Still, all the ancients could not have been wrong about all of this, could they? It makes you think that instead of mowing down dandelion fields like this, we should harvest them and then plant some more. (hh)

Tom Cordier responded on June 21: They are used in Pizza. My wife’s Italian grandmother back in upstate NY picked them along roadways and used them as a fill for deep dish (top and bottom crust) pizza adding cheese and olive oil. Great stuff. She lived until her 90’s.

Sam Suklis responded on June 21: My mom used to cook ’em with olive oil and a touch of vinegar and Greek oregano…old-country style. They were wonderful.