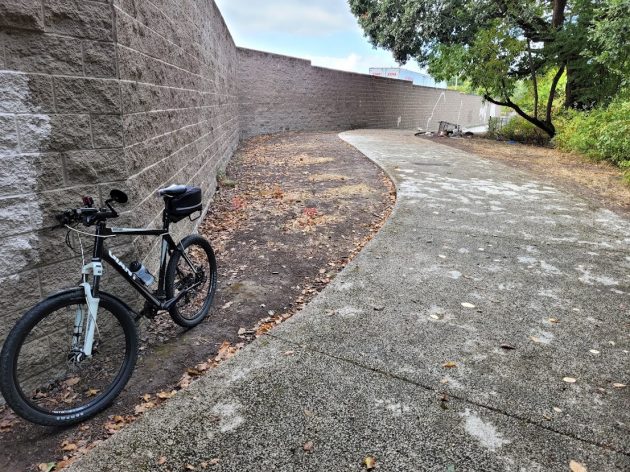 Looking north along the Periwinkle Bike Path behind Lowe’s on Sunday.

A few weeks ago, the north end of the Periwinkle Bike Path behind Lowe’s was a mess, with a big mound of bicycle parts and other trash piled up against the wall. Now that spot on the path is clean, or at least it was when I went through there Sunday on the bike.

We can thank the inmate work crew of the Linn County Sheriff’s Office for the welcome change. The city parks department told me it was he sheriff’s crew that tackled the dirty work of removing that pile of stuff and disposing of it, presumably at the landfill.

I  didn’t reach the work crew supervisor at the sheriff’s office, so I don’t know when the job was done or how long it took. But since I wrote a report about the mess on Aug. 29 and a follow-up on Sept. 9, it made sense to report the result as well before too much time had gone by.

But as we know, dealing with refuse along that path and in other public places is not a one-time thing. It’s a job that never ends.

Indeed, right near where the big trash pile had been removed, on Sunday the new remnants of a vagrants’ camp littered the other side of the path. (hh) 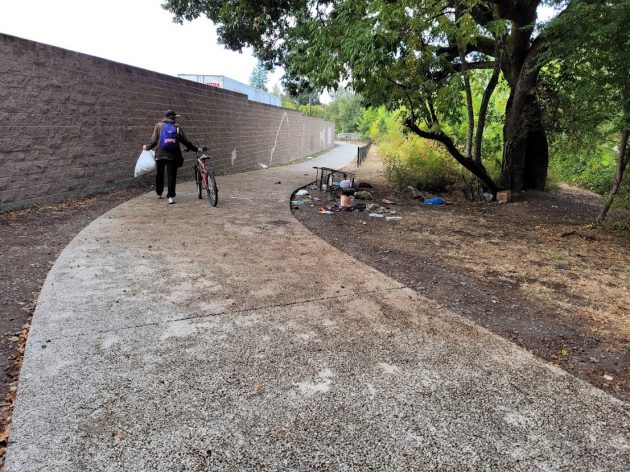 A passerby gives a wide berth to litter left by someone else on the Periwinkle Path Sunday.


One response to “Periwinkle update: Trash mound is gone”