Passenger Rail Project is back 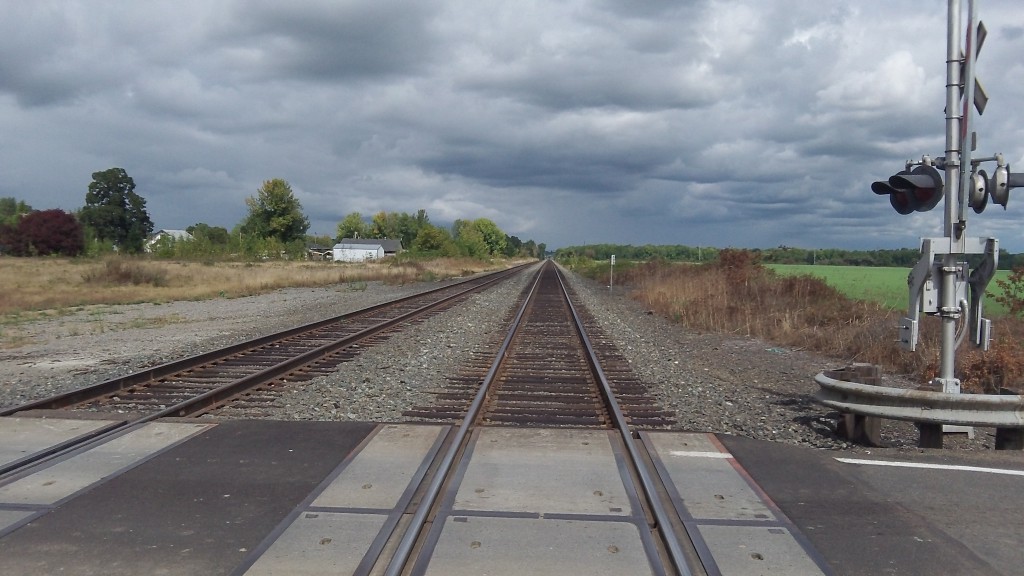 How about double-tracking the entire route, like here at Ellingson Road in Albany?

The Oregon Passenger Rail Project is back in the news. It says the project team has done a preliminary evaluation of alternative passenger rail routes between Eugene and Portland. And it has announced a series of open houses in November to let people see and comment on the results.

The Albany open house will be from 5 to 7 p.m. on Nov. 7 at Linn-Benton Community College. Others will be in Eugene, Salem, Oregon City and Portland.

So far the team is not saying what its evaluation showed, according to Albany Mayor Sharon Konopa, a member of the leadership council of the project. A map of all the alternative routes looks like a spilled bowl of spaghetti. One proposal goes through Corvallis and from there along the existing rail line to Albany, which would have trains backing into or out of Albany Station or making part of the trip backwards. Not a likely prospect.

A retired rail expert, who helped restart passenger rail in the Willamette Valley years ago, told me all this work on alternative routes could be avoided if the project expanded the existing rail corridor by double-tracking the entire length between Portland and Eugene. That would quadruple the line’s capacity to accommodate both freight and passenger trains.

Previous studies concluded that expanding passenger rail in the valley would be a multibillion-dollar project. Because of the expense, we may never see it, but double tracking still seems like the least complicated way to go. (hh)

From Jim Clausen on Facebook:  These “open houses” are a crock. I’ve been to some – and they’re all the same. They present what they call a finding by “consensus”. They present preplanned ideas and if anyone asks questions that vary from that predetermined plan they quickly side-track it. There is no real give and take of ideas. “Consensus” turns out to be a predetermined plan of action presented as a subterfuge to true participation. The meeting will break into small groups. These small groups are led by a “facilitator.” The facilitator makes sure the smaller group stays on track answering a preprinted questionnaire. While in the small group, one can ask more far reaching questions, but these questions are never really addressed by the main meeting personnel. The real questions, unless they fall within a predetermined boundary, stay within the small groups. …

The open houses in this rail project have been less structured than what Clausen describes. The ones I’ve attended simply had displays and people milling about, chatting informally with staffers. Hard to report on these, and even harder to determine any real outcome, in my opinion. (hh)