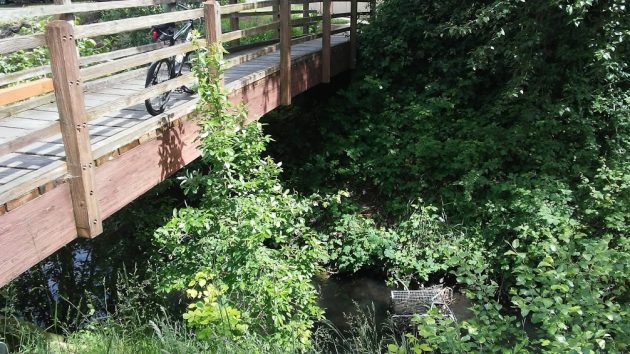 From this footbridge on Periwinkle Creek, the view includes a discarded shopping cart.

By now, stolen shopping carts dumped in our waterways have become part of the scenery, and not just in Albany. Or so it seems.

We have, of course, bigger things to worry about. So this element of our urban landscape is not going to change any time soon.

The unauthorized appropriation (OK, call it theft if you want) and then abandonment of shopping carts seems to be a worldwide phenomenon. You have to wonder, though, why so many end up in creeks and canals.

Like cities across the country, Albany tried to get a handle on the problem in the spring of 2008. That’s when the council passed a law intended to get stores to reclaim any carts found abandoned around town. Now, 12 years later, you have to conclude that it hasn’t worked.

Shopping carts, presumably purloined, are what many homeless people use to stow their stuff and move it around as they walk the streets. Solve the homeless problem, and cart dumping as an issue goes away. (hh) 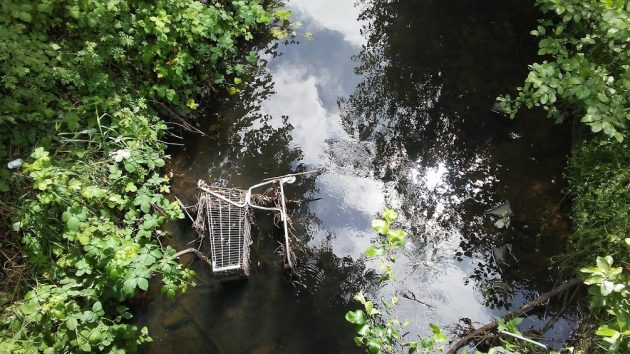 That cart, photographed on May 31, looked like it had been there a long time.


3 responses to “Part of the landscape now: Dumped carts”