Part of pot tax is … secret? 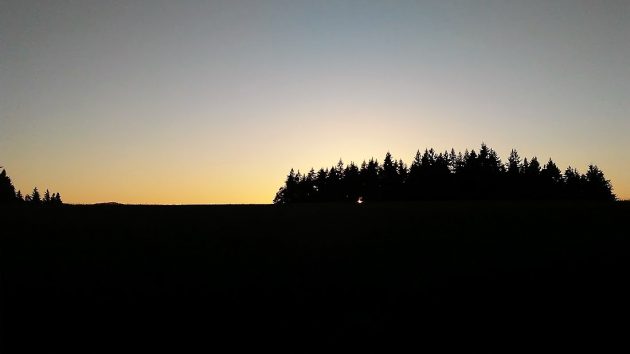 A sunset in Benton County, which got about $190,000 in the state’s first marijuana tax distribution.

Considering that the tax revenue from legal marijuana was an issue in last year’s local campaigns, you’d think the amount collected from local taxes would be of great and consuming interest. But this information remains hidden so far.

As reported last week, the Oregon Department of Revenue made its first distributions of marijuana tax income to local jurisdictions, and Albany received a little more than $185,000. Albany Finance Director Stewart Taylor told me the city got no breakdown of how much if any of that sum came from the local 3 percent tax on recreational marijuana sales and how much from the state’s 17 percent tax.

I asked the Revenue Department about this and heard from Joy Krawczyk, the communications operations manager there. “Due to confidentiality considerations, we aren’t able to disclose the total amount of the 3 percent local tax for any area we collect on behalf of,” she said by email. “However, the City of Albany may be able to provide that breakdown.”

Apparently not, however, as I mentioned.

There’s something else odd about this first distribution, as I discovered when Krawczyk provided the amounts sent to other mid-valley governments I asked her about. Remember that pot taxes are distributed to cities based on population and, after a certain date, the number of licensees.

The allocation to Corvallis was about $176,000. But Corvallis has a bigger population than Albany and allowed recreational marijuana sales sooner. So why would Corvallis get less marijuana tax than Albany? If somebody knows, I hope they’ll pass it on.

The money is nice, obviously, but it’s not much compared to, say, the property tax, of which the city of Albany is levying $23.5 million this year in Linn County alone. (hh)