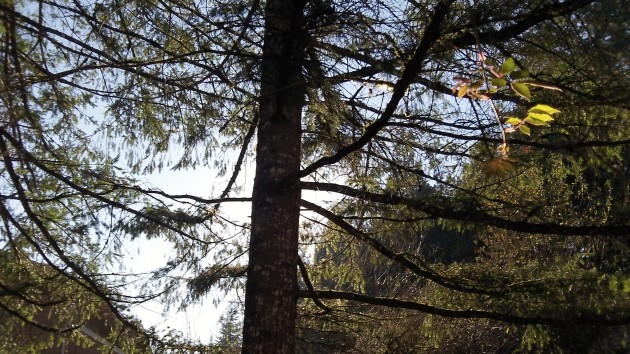 More trees might not affect the climate, but what could they hurt?

Don’t try to read the text of the Paris agreement on climate change. Its convoluted language will make you dizzy and confused. It’s hard to tell whether it means anything other than what news accounts are telling us, which is that 196 countries including the United States pledge to do a bunch of things to lessen carbon emissions to the atmosphere by certain amounts over the next few decades.

Whether countries will actually do anything, and whether whatever they do is either necessary or useful, remains to be seen. But the Washington Post quotes various people to the effect that the accord should encourage more research and investment in methods of getting carbon dioxide out of the air. Two methods are mentioned: Storing CO2 underground, a process known as carbon sequestration, and planting a whole bunch of trees, something one of the experts in the Post story calls “afforestation.” And those are steps we can all get behind.

Work on carbon sequestration has been going on for a long time — including years ago at the old Bureau of Mines in Albany and currently by researchers working at Oregon State. Sequestration is a highly technical and expensive way to go. Covering every suitable spot on Earth with new trees would be a daunting task as well, but at least the average person could take part.

In places like western Oregon, where trees grow whether you want them or not, it should be possible to launch a big effort that actually shows results in a short period, like five years. Property owners could use some information and an incentive. What tree species takes up the most CO2 while growing, grows the fastest, and what’s the best way of planting a bunch of that kind? And as for incentives, how about a tax break for planting and tending trees best suited to taking carbon out of the air?

Maybe such a program wouldn’t actually do much to affect the climate, but at least we’d have a lot more trees, and what would be wrong with that? (hh)

Want a sample of the kind of mushy language in the climate accord adopted in Paris? Here you are: “Section 116. Decides to conduct a facilitative dialogue in conjunction with the twenty-second session of the Conference of the Parties to assess the progress in implementing decision 1/CP.19, paragraphs 3 and 4, and identify relevant opportunities to enhance the provision of financial resources, including for technology development and transfer and capacitybuilding support, with a view to identifying ways to enhance the ambition of mitigation efforts by all Parties, including identifying relevant opportunities to enhance the provision and mobilization of support and enabling environments.”