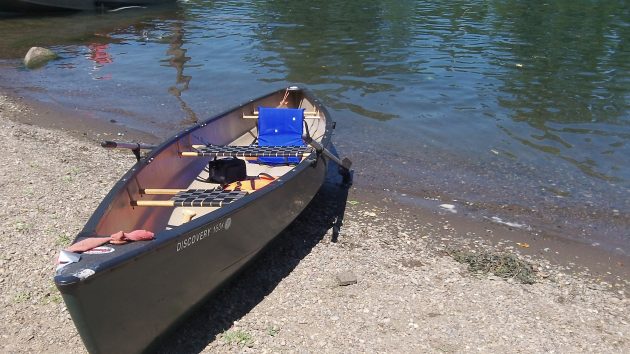 Under HB 2320 you would need a permit to use a nonmotorized boat like this on the Willamette and other Oregon waters.

I didn’t think the canoe permit bill would get very far in the 2017 Oregon legislature, but Rep. Knute Buehler has just launched a petition against it on Facebook, so maybe this attempt at regulatory overreach is still alive.

House Bill 2320 would launch an Oregon program to require a state permit and payment of a fee to paddle on our rivers and lakes in nonmotorized boats such as kayaks and canoes. I wrote about in January.

As proposed in the bill, the fees would be $4 for a week, $12 for a year, or $20 for two years. The Oregon Marine Board guesses the money might amount to a million dollars in a two-year budget period. The bill also demands that people wear life jackets when riding on float toys such as inner tubes or air mattresses.

“Where does it end?” asks Buehler in a Facebook posting that invites people to sign his petition against the bill. He’s a surgeon and a Republican representative from Bend.

The House Committee on Transportation Policy held a hearing on HB 2320 on March 1 without acting on it, and as of Monday the committee’s calendar showed no further meetings on the issue. So maybe the members recognize that requiring a permit for the simple pleasure of paddling a canoe down our rivers does indeed go too far.

Or maybe, unlikely as it seems, they took to heart the testimony of Ronald D. Hilbert of Roseburg, one of the many witnesses at the March 1 hearing. Hilbert is a shot in the American Canoe Association. He pointed to a section in the congressional act that admitted Oregon as a state in 1859. “All the navigable waters of said state,” the law says, “shall be common highways and forever free… without any tax, duty, impost, or toll therefor.”

With that in mind, the state or some other jurisdiction might impose a fee for using state-provided launch ramps and such, but they probably can’t require permits or collect a fee for floating on the water itself. (hh)