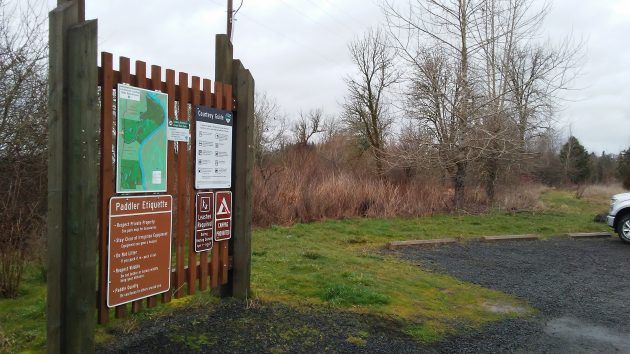 For more than five years, Oregon state park officials have wrestled with plans to install a floating dock and ramp on the Luckiamute River, so that launching and retrieving canoes and kayaks would be less of a chore. Now they’ve given up and changed the plans to something less complicated and easier to achieve.

I’ve been following the story since at least 2012, when a state parks official hoped the float and ramp would be completed that fall. It didn’t happen. Nor did it happen in the years that followed. Permit delays, changes in personnel, design complications — those generally were among the reasons the float and ramp remained an unrealized hope. 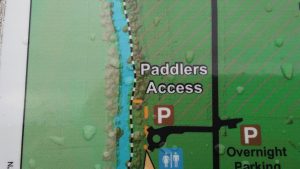 On Buena Vista Road north of the Luckiamute River bridge, the dry-land facilities of the paddlers’ access were installed about five years ago: a driveway, parking area, signs, and a restroom. But the only access to the river was down a steep, unimproved bank. And for a while, a sign said the access was “not recommended for most users.”

Last week, another year having passed, I wondered if anything was happening. I  asked Kevin Strandberg, manager in charge of several state parks including the Luckiamute State Natural Area. Strandberg went to take a look at the site and gathered additional information. Then he emailed me:

“We are now  planning on extending the current trail to the proposed access site to a new site 150 feet further north,” he wrote. “This upstream site is in a small cove and is protected by a few large trees. Our plan it to clear a small trail to the cove and perform some minor trail work to give access to paddlers to launch their boats from the shore. No docks or other structures are planned for construction in this new location.”

Sounds promising. How about the timing?

“I hope to have it open by this summer,” Strandberg replied. “Shouldn’t be too much work to put in the trail. I had our map guy GPS the area yesterday.”

I went to take a look myself, sloshing about 150 feet beyond the steep chute that is the present launch site unsuitable for most users. The river was running high, so it was impossible to see the bank the way it would be in summer. But I think I found Strandberg’s cove. It looks as though, when the water level is lower, it will indeed be an easier place to launch.

The new plan has advantages: No worry about heavy construction on the bank, no expense for building a ramp or buying a floating dock, no complications taking the dock out of the river and putting it back in as the seasons change. I kind of wish they had thought of it five years ago. (hh) 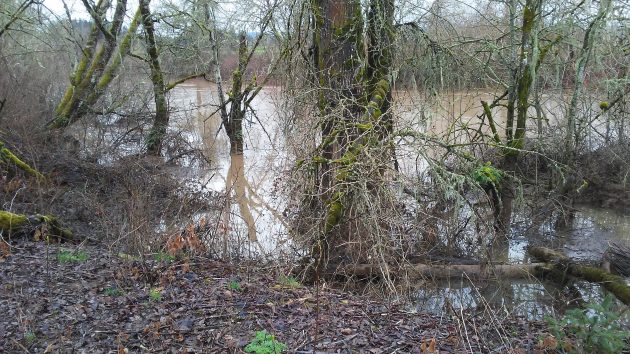 
One response to “Paddlers’ access: A change in plans”