Out on the bike as night falls … 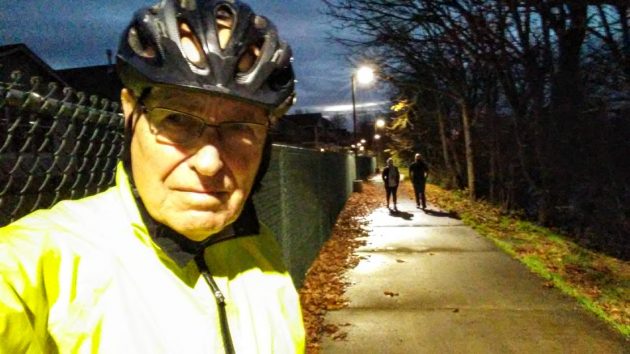 On Monday I got a late start on my bike ride. Which explains, at least in part, why I was out here in the dark.

The other part of the explanation is that it’s late November, when night falls pretty early, especially when it’s been overcast and gray all day long, as it was on Monday, with a little drizzle mixed in.

Anyway, I found myself on the Dave Clark Riverfront Path way after the lights came on. And that led, as these occasions sometimes do, to the musings below:

It was five years ago, in 2015, that the Advisory Board of the Central Albany Revitalization Area voted to fund a project of lighting the path in order to enhance public safety in that part of the downtown urban renewal district.

The following year, the city paid a contractor $298,008 to install LED lights along the path from Monteith Park to its eastern end on Front Avenue.

That turned the path, roughly a mile long, into the best-lit transportation route in the mid-valley. And that is really helpful when you want to take a walk — or a ride — in November and happen to get a late start. (hh) 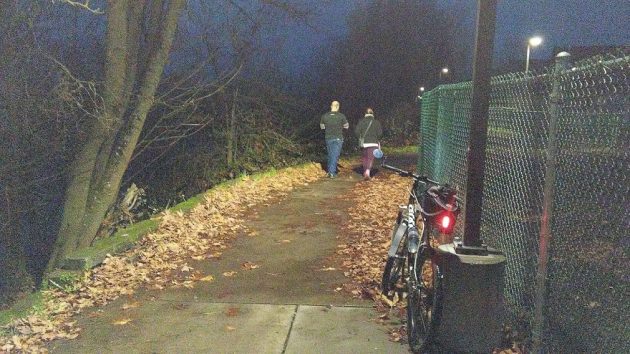 Walkers seemed to enjoy the Clark Path on Monday night.

3 responses to “Out on the bike as night falls …”