Our Willamette River at Christmas time 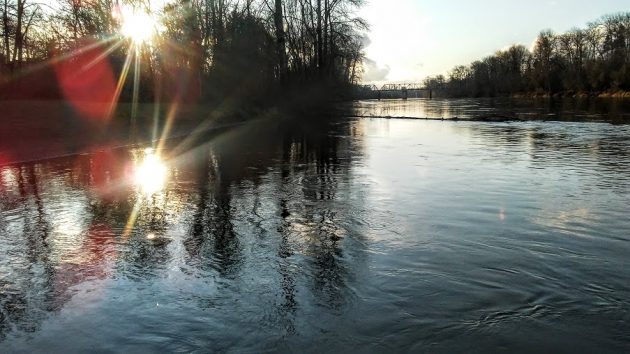 Two suns on the Willamette River — one above the horizon, the other in the water — on Dec. 23.

This image of the Willamette River struck me about right for the Christmas season — a little green from the grass on the bank, a flash of red from refraction in the lens, and shimmering light supplied by our home star itself.

On the days before Christmas, the bike took me around the Albany riverfront as usual, and as I often do I looked in on the river at Bowman Park. On Monday the river level was up a little, but not much, not nearly as much as the Weather Service had forecast a few days before. 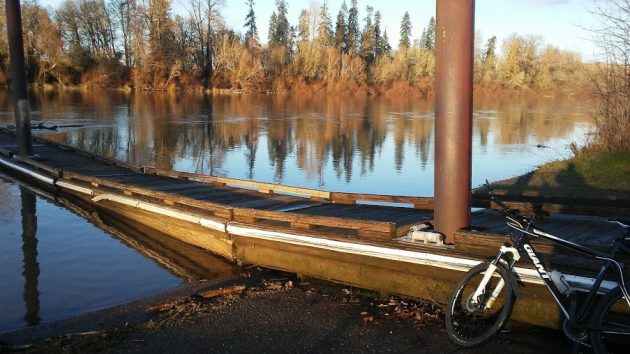 And as it often does in winter, the end of the floating dock had trapped all kinds of branches from downed trees and other debris. If the stuff doesn’t come loose before long, the Albany parks crew or someone will probably get out there and pry it off so it can float downstream and foul some other obstruction in the stream. 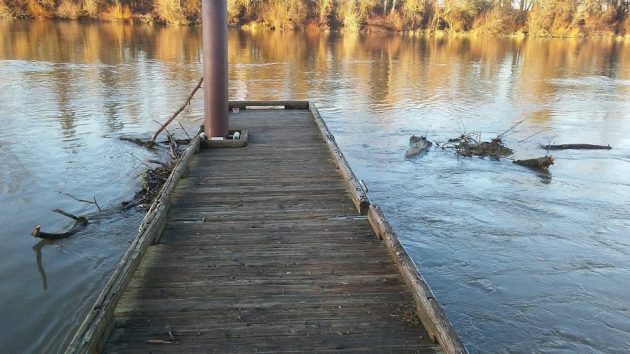 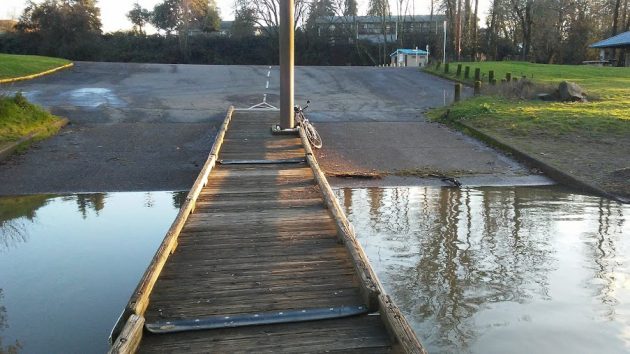 On Monday afternoon, though, the day before Christmas Eve, the flotsam didn’t bother anyone because, as you can see, no launching of boats was going on.

You may have noticed that on bike rides and otherwise I am often drawn to Bowman Park. Why is that? Because the park offers easy and close access to the Willamette River.

The Willamette is one of the many upsides of life in the mid-valley. My advice, for what it’s worth: We should take care of it as best we can and make use of it as often as possible — preferably in boats as recommended by J.J. Cale (“Ride the River”), or just by looking at it the way old Sam Simpson did 150 years ago in his famous verse. (hh)

5 responses to “Our Willamette River at Christmas time”