Our weather: Better than elsewhere 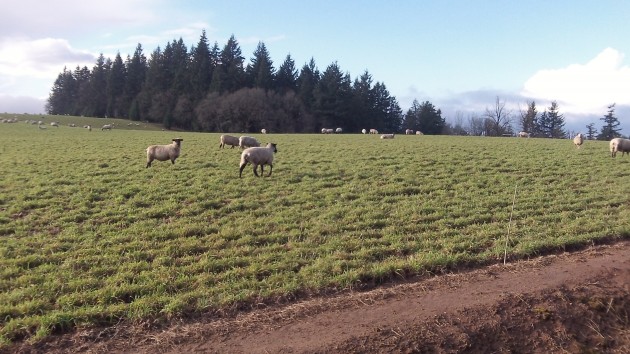 Why is the weather so interesting to people, especially around here? Because it is potentially dangerous, because it affects everybody, and because it can change as radically as it did the last few days.

We started with heavy rains over several days, then heard frightening forecasts of damaging wind, lived through a relatively modest blow that knocked down a few branches and power lines, only to experience a Friday where sheep could peacefully graze on a North Albany hillside in the wan sunshine of late fall. And the community Christmas tree downtown was brightening the night on Friday, seemingly no worse for wear even though Thursday’s gale had taken a little off its top.

Parts of Caifornia, meanwhile, have been hit with a deluge so heavy that it caused home-destroying mudslides. Nothing like that has happened here in a long time, or ever. Once again we have a demonstration of how the weather gods favor our valley. They scare us now and then, and even slap us around with a rare killing frost or summer heat wave, but most of the time they just look at us and smile. Long may it last. (hh) 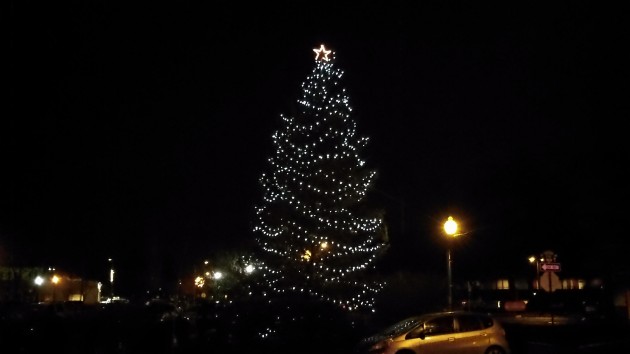 The Christmas tree at Two Rivers Market in downtown Albany on Friday night.