Our libraries: What a great service! 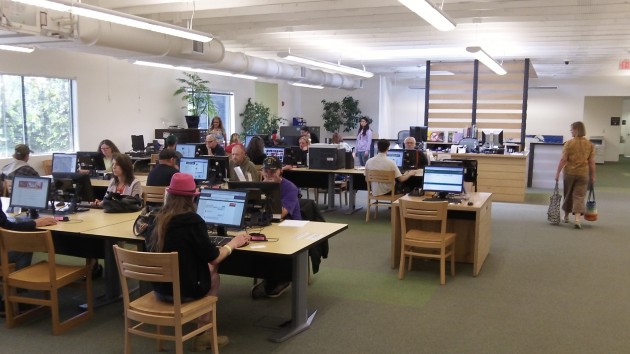 Sunday afternoon at the Albany library: Linked to the world online.

Spinning through the cable channels on Sunday, I settled on C-SPAN’s “Book TV,” where author Amity Shlaes captured my interest with her great enthusiasm for Calvin Coolidge, the subject of a biography she published in 2013. She made the 30th president sound fascinating. So I checked online, confirmed that the Albany Public Library had a copy of her book and reserved it. Half an hour later, I parked in the library’s rear lot off 14th Avenue S.E., climbed the stairs to the second floor and, with the help of the friendly staff, had “Coolidge” in my hand. I was able to do that because Albany has seen fit to maintain an excellent public library and to keep the main branch open seven days a week. 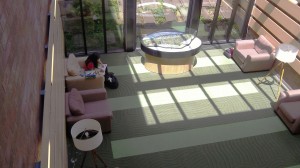 Reading in a quiet corner.

This is no small thing. In towns and counties all over Oregon, pubic libraries have become a tempting target for cutting expenses when the growth in revenues can’t keep up with the much faster growth in personnel expenses, especially for pensions and health care. Albany, too, has had its share of budget anguish but has managed to keep the libraries going (with some help from a foundation in the case of the Carnegie branch downtown).

Not that the operation is lavishly funded. Personnel costs including employer-paid benefits make up about $1.8 million of the $2.5 million budget. The budget for next year says the department runs with the full-time equivalent of just under 21 employees, the same number as this year and the year before. With that small crew they staff the main branch all week long and, on weekdays only, the library downtown as well.

They accommodate around 370,000 people coming through the doors every year. (Most of us go in every week or so, so the number of individual users is less.) Circulation of books and other items amounts to about 730,000 per year. That’s not all, though. On every visit, both downtown and on 14th, I see people of all ages hunched over computers. The libraries are their link to the online world.

I was surprised by the number of people there when I picked up “Coolidge,” many of them waiting to check out armloads of reading material when I first walked in, others combing the shelves, still others quietly sitting in a corner with a book. I would guess that all those citizens — or most of them anyway — appreciate this outstanding public service as much as I.

Even when the sun is shining outside, a visit to the Albany library on a springtime Sunday will quickly disabuse you of the notion that books are passé or that reading is dead. (hh) 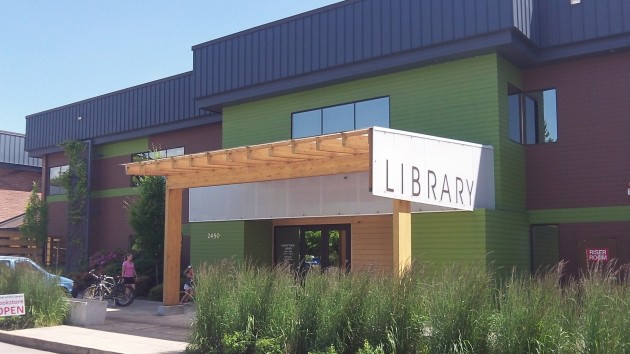 Remember the little fuss about the paint job when the library opened? Now it looks nice, doesn’t it?

If you check the place out on Sunday

One response to “Our libraries: What a great service!”