Our Days of Corona: Watch construction 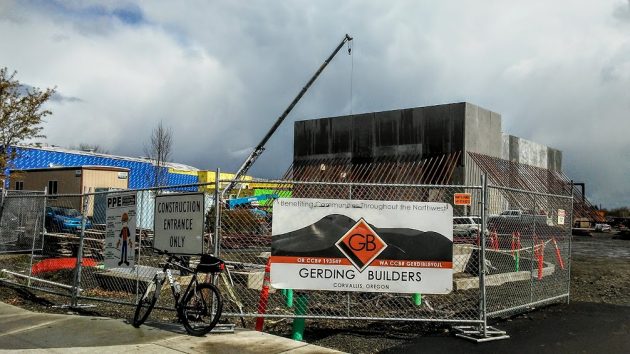 Something to look at: Steel components being craned into the auditorium under construction at West Albany High on Thursday.

People meandering around Albany, on foot or on the bike, for something to do during these Days of Corona don’t have many sights to attract their attention. So how about watching the goings-on at construction sites?

There’s West Albany High School, for instance, where on Thursday a crane operator was hoisting big steel components, like beams or girders or something, into the interior of the auditorium.  The theater is one part of the $61 million expansion of West, a project in which Gerding Builders is adding about 110,000 square feet of space to the school.

Too bad there’s no convenient spot for the public to watch the progress. Nobody thought it necessary or useful to provide a handy viewing platform or anything like that.

In any case, the published schedule says the construction is supposed to be finished in December. So there’s plenty of time to wander past the perimeter fence and keep an eye on the workers doing their jobs, evidently unhindered by the pandemic that has closed the schools and much else.

No one knows when the schools will reopen. But presumably they will resume before January 2021, when the added space at West is scheduled to start being used. That’s assuming by that time there will be enough left of the Oregon economy to support our school system as we have known it over the years. (hh) 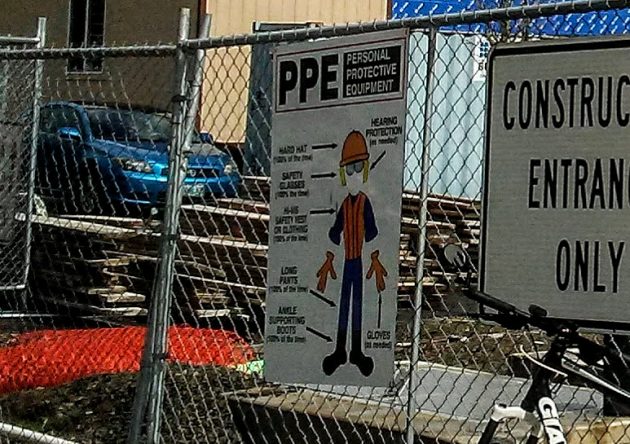 This sign went up way before PPE acquired an added meaning in the Days of Corona.


5 responses to “Our Days of Corona: Watch construction”