Our crime factory in Salem 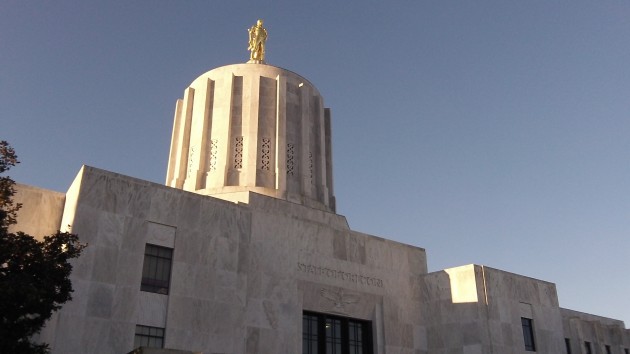 Under the Capitol dome, where they think of new crimes for us to commit.

Sad to say, one part of the business of the legislature is to create crimes, and Senate Bill 941 is only the most notorious example of this. It declares that something that is perfectly legal now — selling, without asking the government’s permission, an item (a firearm) whose ownership is protected by the Constitution — becomes a misdemeanor punishable by a year in jail. And if it’s done again, the punishment is up to 10 years behind bars plus a quarter-million-dollar fine.

Sometimes bills openly state that creating crime is the result, if not the point. Senate Bill 945, for example, says in its summary: “Creates crime of endangering a minor by allowing access to a firearm” The bill itself says that if somebody leaves a gun where a minor finds it, the punishment for the adult is up to one year in prison plus a $6,250 fine.

The goal is to get people to lock up their guns, which is the obvious thing to do when kids are around. But if some careless adult fails in this and his kid loses his life as a result, how is anybody better off if the careless adult spends a year in jail, loses his job and the family becomes homeless as a result?

Senate Bill 913 would create the crime of “trafficking in animal parts,” namely ivory and material from rhinoceros horns. The bill would outlaw selling and buying the stuff, but also “offering for sale” and “possession with intent to sell.” So you can own an ivory brooch, but if you think you might sell it as an antique if times get tough, you are committing a misdemeanor with a top penalty of 30 days in jail. Not only that, but the cops can take away the brooch and give it to a university.

Never mind that without thought control, the ivory police would not know about your “intent.” They wouldn’t, but you’re still burdened with the knowledge that you’re a criminal at heart.

Among the more bizarre proposals, House Bill 3255 “creates offense of failure of bicycle operator to wear reflective clothing” after sundown. The possible fine for this Class D traffic violation is a $250 fine. That bill is not going anywhere. Neither is SB 177, which “creates offense of failure to register bicycle.” It also creates another offense: Failure to obtain a bicycle license if you’re over 18 and ride a bike in public.

Wouldn’t it be nice if the legislature were required to repeal a crime or civil offense for every new one it dreams up? (hh)


7 responses to “Our crime factory in Salem”