Oregon pushed toward a carbon tax 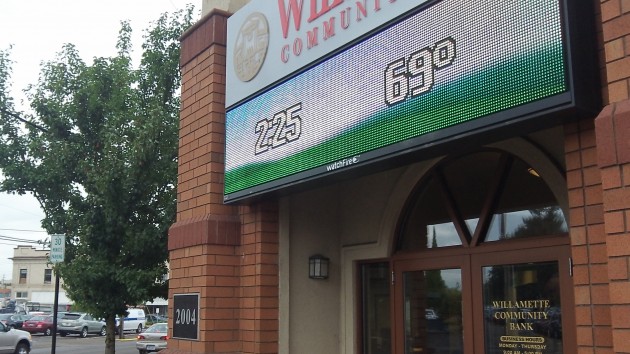 A cool afternoon in Albany: No carbon tax would change the temperature.

Oregon has a Global Warming Commission. The legislature created this advisory group in 2007 as a means to undermine traditional sources of energy and to prepare Oregon for the mother of all taxes, a carbon tax, which the 2015 session of the legislature may be asked to enact.

A carbon tax would be intended to penalize and reduce the use of gasoline, diesel oil, natural gas and any other energy source that releases carbon dioxide in burning. This is supposed to reduce the rate at which the atmosphere is warming up, on average.

But there’s no way that anything Oregon does has any effect on the local climate, let alone the global one, as long as the rest of the world, including China and India, do what they must in order to keep their econonies growing and their vast populations secure.

So anything Oregon does by way of a carbon tax would be pure symbolism. But it would be symbolism that costs taxpayers money. It would hurt Oregon residents while helping no one at all.

The Global Warming Commission will meet in Salem on Thursday. One agenda item is an update on the “Oregon Carbon Tax Study’s progress.” Another is to review “recent findings in the scientific community” regarding the climate.

One study they should look at, but probably won’t, is the one that came out Monday in the Proceedings of the National Academy of Sciences. The authors conclude that the slight increase in average temperatues in the Pacific Northwest since 1900 is mainly the result of wind changes, not anything caused by mankind including the output of carbon dioxide from the burning of fossil fuels.

Not that this study would change the minds of the global warming enthusiasts on this state commission. But it gives regular citizens and taxpayers a clue that if and when the legislature raises taxes on carbon — which will happen unless opponents of this raid on our wallets defeat its promoters in November — people will have their cost of living raised not because of necessity but because of a politically inspired scheme. (hh)


One response to “Oregon pushed toward a carbon tax”