One subdivision and the pressure for housing – Hasso Hering

One subdivision and the pressure for housing 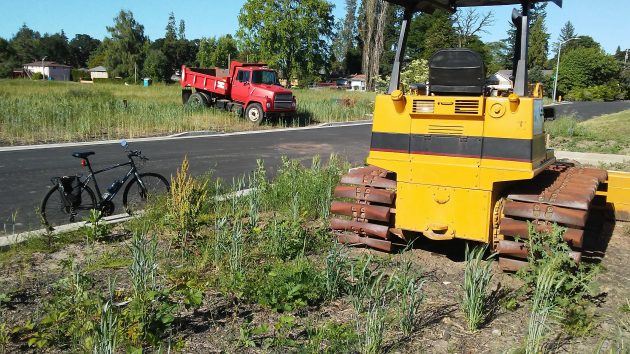 A new subdivision on the west side of Albany is in the final stages of being approved. Whether it and others like it remain reserved for single-family homes is something the legislature has yet to decide.

In the Broadway Neighborhood, someone asked me recently why nothing was happening at Takena Estates, a 32-lot subdivision off the west ends of 13th and neighboring avenues. Streets and utilities were put in last year but no houses have been built.

Lacey Stark, the Coldwell Banker agent whose name and picture appear on a billboard at the subdivision, told me that the developer and contractor, Empire Builders of Oregon LLC, was working on the final “punch list” from the city. “Once the city approves and signs off on the subdivision, we are planning on submitting permits for the first few homes.”

Matthew Ruettkers, the city’s development services manager, explained: “The punch list items are very minor items left (to) complete that were identified on a walk-through of the project with city staff and are typical for any site improvement project building public improvements.  Such items in particular include street signs, mailbox cluster installation, final swale stabilization, etc.”

In Salem, meanwhile, House Speaker Tina Kotek’s bill to ban single-family zoning is awaiting action in the Ways and Means Committee, which has assigned HB 2001 to its subcommittee on transportation and economic development.

The goal of Speaker Kotek, a Portland Democrat, is to force housing to become more densely concentrated than has been the rule in many towns. Whether her bill makes it into law is uncertain. But as long as people keep moving to Oregon, the pressure to develop more housing will remain. (hh)

11 responses to “One subdivision and the pressure for housing”