One dead end on my riverfront beat 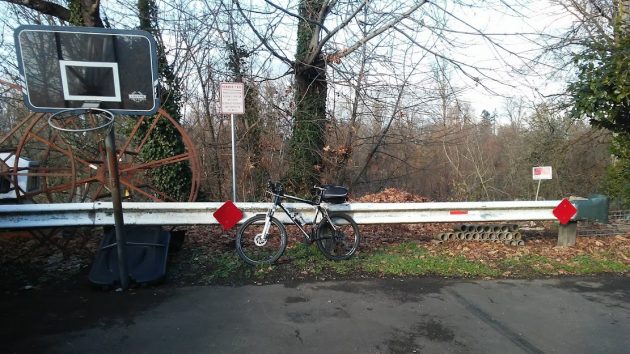 This is the north end of Harrison Street in Albany’s Willamette Neighborhood. Beyond the guardrail there’s Bowman Park, but don’t try to get there this way.

There’s a keep-out and no-trespassing sign on the right and a 20- to 30-foot drop straight ahead.

Nobody has reason to go to this dead end except the residents on either side of the  street. The bike took me there the other day on one of my idle wanderings. And the visit made me wonder about something.

What’s the point of that little sign announcing Bowman Park and listing the hours that it’s open as well as the city’s ban on alcoholic drinks in parks? 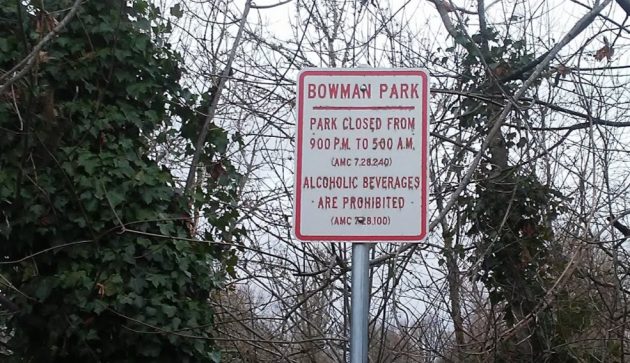 The owners on the right don’t want people going that way, understandably. And anyway, you’d probably break your neck trying to get down the nearly vertical cliff.

There’s really no point trying to reach the park from this point. Bowman Park has a big and perfectly good entrance on Geary Street three blocks to the east.

The scene in the photo made me think of something else. The city council was reminded last month that Albany law prohibits basketball hoops on the streets, and the city staff may propose relaxing that ban.

I would think, though, that the owner of this basket has nothing to worry about. Hardly anybody goes there, it’s not really on the street, and it’s not in anyone’s way. (In this position, it’s also not all that useful for shooting hoops.) 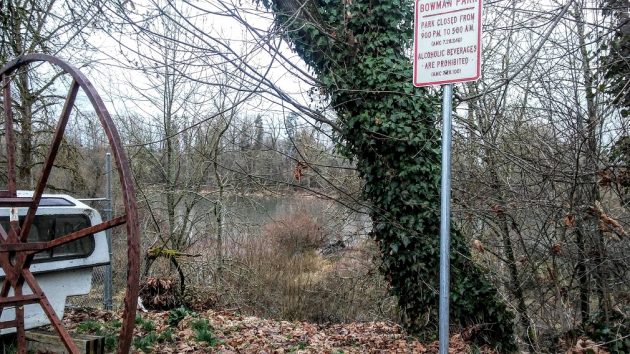 You can see the Willamette from this point, but don’t try to get down to it from here.

One response to “One dead end on my riverfront beat”