On the Willamette on a warm day 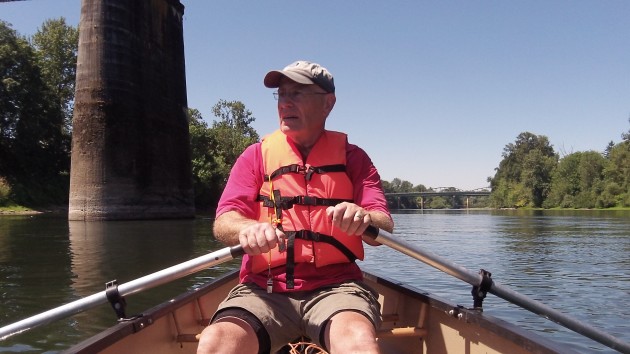 The current is slow enough even I could row against it upstream.

The level of the Willamette River is unusually low, as everyone knows, but it’s still a great place for getting out on the water on a warm Sunday afternoon.

In Albany the low water allows children and their parents to walk far into the river on the many gravel bars, exploring and experiencing the mild current. (The reading on the Albany gauge Sunday afternoon was 2.16 feet, pretty low for this time of the year.) There’s also a reach of the river where the water is deep enough you can’t see the bottom except close to the banks.

That’s the reach from the railroad bridge to Bowman Park and downstream from Bowman to the first bend, maybe a mile or so in total. Let’s call this the Bowman Pool. (It may already have a name, but if so, maps of the Willamette don’t give it.)

This is a place where jet ski drivers like to run in circles, but the pool is large enough you can get out of their way. You can barely hear them if you’re upstream and they’re downstream from the park. The Bowman ramp is a handy place to put in and take out, with its floating dock, and there’s plenty of parking for vehicles and trailers. The river current is slack, so even in a canoe you can row upstream without running out of steam.

What is there to see? Well, not that much other than the lush vegetation and occasional picnickers on the banks, and ospreys sailing overhead looking for a meal. Oh yes, you can get an underside view of the railroad bridge and marvel that it has held up for nearly a hundred years and is still carrying freights.

Another thing you can observe: Swarms of small fry darting this way and that underneath the clear waves near the left bank. And bigger fish on the other side, where they can hide under long veils of river weeds. Despite what you’ve read about the salmon suffering from warm water, it looks like in general, aquatic life on the middle stretch of the Willamette is doing OK. (hh) 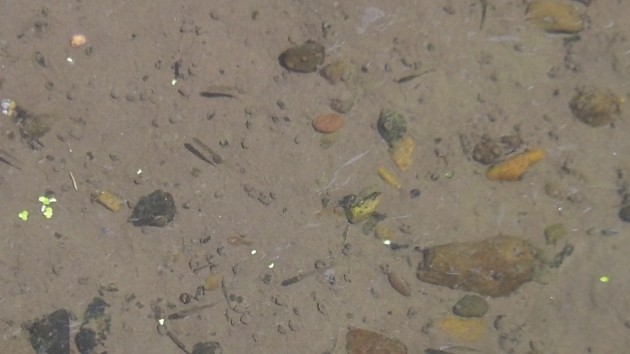 See those tiny juvenile fish down there? 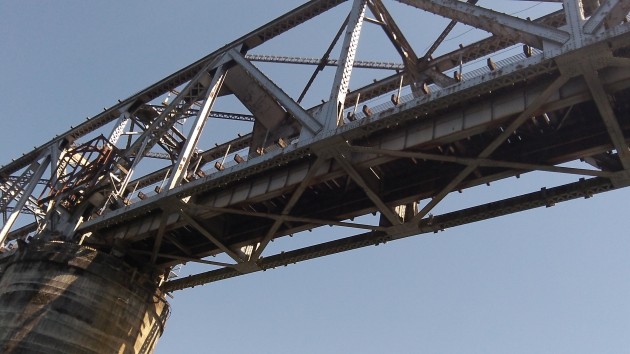 This structure is nearly a century old.


One response to “On the Willamette on a warm day”