On the trail: Seen this girl? 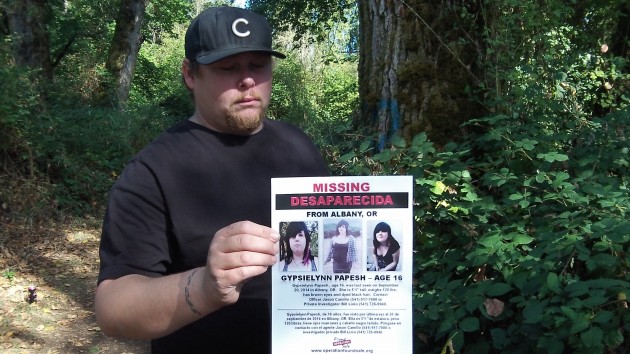 Shane Schmidt was tacking up copies of this poster.

It’s rare that you meet another person on the narrow, winding wooded trail between Albany’s Simpson and Bowman parks. Today, though, I ran into a man who was tacking a missing-person poster to a tree. Here, listen to him explain:

Shane Schmidt and the man helping him with the posters said something to me as I was riding by on my bike. So I stopped and learned what they were doing.

The teenager they were hoping to find had not been seen for a week. Let’s hope she’s all right and turns up. The poster suggests that anyone who knows the whereabouts of Gypsielynn Papesh, 16, should call the Albany police.

As I  mentioned, that riverside trail is not exactly swarming with people. But you can find the occasional campsite, a temporary home to the otherwise homeless. This tent, for example, had been set up by the trail on Saturday. It wasn’t there the last time I ride past that spot a few days before. (hh) 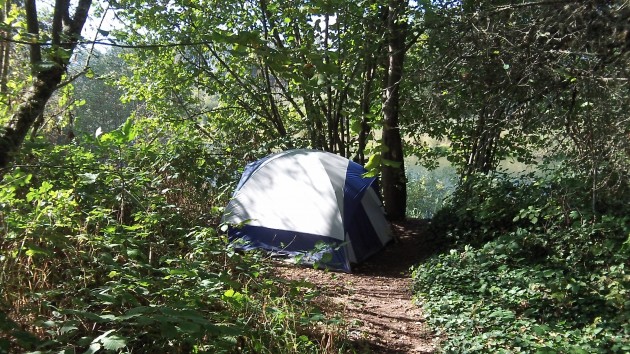