On the next-to-last day of summer… 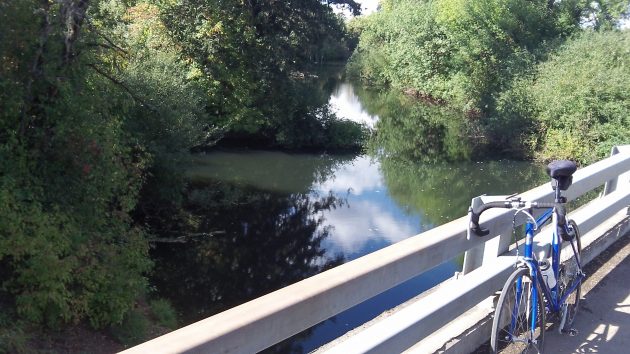 The Luckiamute River, looking upstream from the bridge on Buena Vista Road.

You already know this, of course. But our mid-valley is a pretty place once you get away from the towns, which in comparison with others aren’t that shabby themselves.

On the penultimate day of the summer of 2016, I took a ride to the southern edge of Polk County, as I’ve done many times before, but not lately. Some things are the same, and others have changed for the better.

What’s the same is the beauty of this rolling farm country, and the views from the high points across miles and miles of open space. Also, there’s still relatively little traffic on the side roads away from 99W, though as the afternoon wears on, the number of commuters certainly picks up as people are rushing to get from work in one town to their homes in another.

One nice change: For many years, at the corner of Prather and Buena Vista roads, there sat the dilapidated remnants of a farm house and outbuildings. All that is gone now and a stately new house is nearing completion on the very same spot. The place commands a great view to the east and south, and  for that reason alone passers-by may envy the people who are going to live in that magnificent spot.

Also on the improvement side, Buena Vista itself has a refreshed and tidy look about it. See for yourself the next time you take the ferry across the Willamette there. And thanks to Marion County for still maintaining ferry service in that place, where a ferry has operated for well over a century. The modest fares don’t come close to covering the operating costs, I’m sure. So the county’s commitment to that historic service is something to applaud.

Residents of the mid-valley’s cities would likely see their appreciation of our picturesque surroundings grow if, once in a while, they took a leisurely tour of the farm country a few miles outside the city limits. It doesn’t have to be on a bike, but I think it helps if it is. (hh) 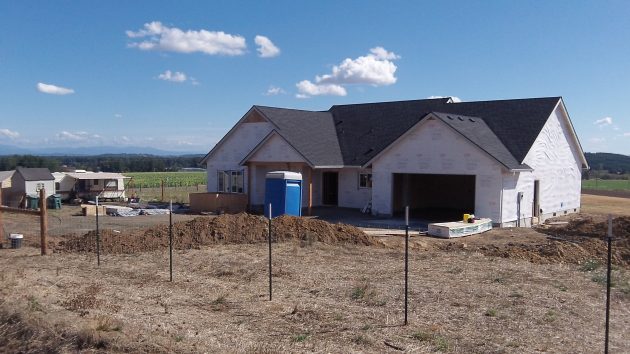 The handsome addition at the corner of Prather and Buena Vista roads. 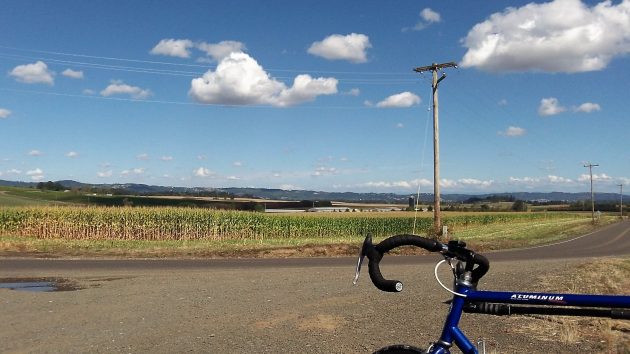 The view northeast from a bend in Corvallis Road in Polk County.


2 responses to “On the next-to-last day of summer…”