On the downtown beat: 1st to move from First 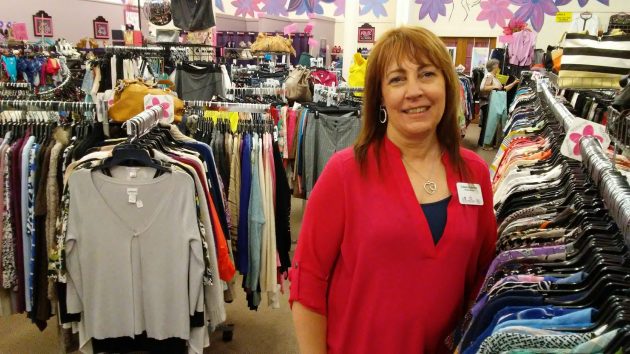 There’s a development in what started years ago as the “cheese grater” story, but it has nothing to do with the big aluminum front that hides the facade of one of the oldest buildings in downtown Albany.

Instead, Colleen Anderson, manager of 1st Hand Seconds, the shop below the cheese grater at 415 West First Ave., told me this week it plans to move to 411 Second Ave. S.W. once that space is renovated.

The shop is the business end of Mercy House International, an Albany-based Christian nonprofit that helps women recover from the effects of spousal abuse. Last summer, the organization had plans to buy and remodel its building on Second. CARA, the downtown urban renewal district, approved a small grant to help pay for restoring the facade, which involved taking down the aluminum front some have likened to a big cheese grater.

But that project fell through because of the costs, for which Mercy House would have had to raise money. (The CARA grant was not activated.)

Now, I understand from Anderson, Mercy House has bought space at 411 Second Ave. S.W. — the west half of the corner building at Second and Ferry — and retained Pyburn & Sons to redo the interior. But, she says, “we still need money for our cause and to complete our renovation at the new building.” And in case I had forgotten: “All of our profits support women and children in crisis.”

The building at 415 W. First dates from 1866. The aluminum cheese grater was added in the 1960s when it housed an appliance store. In the last 10 or 20 years, at least two proposals to take it down and restore the facade have fallen through. (For more on the back story, check here.)

This March the building was sold for $425,000, according to county records. Do the new owners have any plans, and do they involve the infamous metal front? I’ll ask them when I get the chance. (hh)

When you look closely, it doesn’t really resemble a cheese grater, does it? 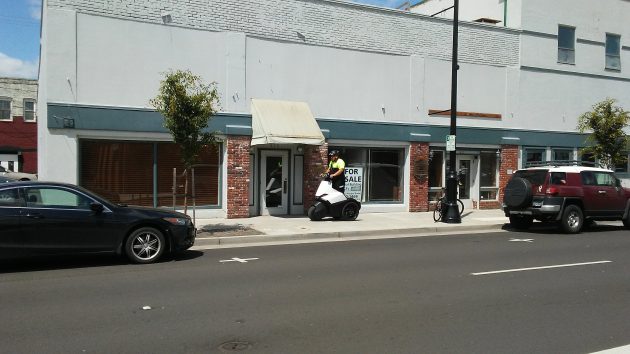 The Mercy House store, 1st Hand Seconds, intends to move to this building at 411 Second S.W.


3 responses to “On the downtown beat: 1st to move from First”