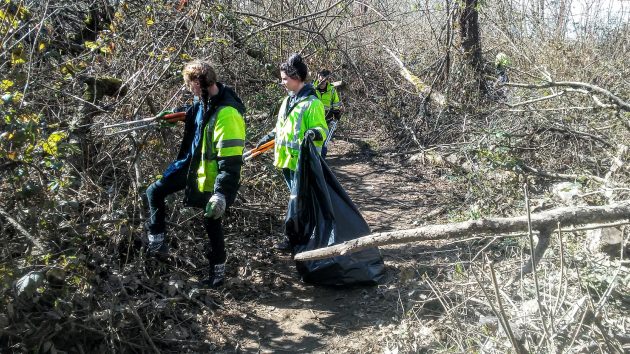 A cleanup of homeless camps took place today in the jungle that is the Willamette riverfront off Albany’s Simpson Park. And from the looks of it, cleaning up the place is a never-ending task.

Rick Barnett of the Albany Parks Department let me know that a Linn County sheriff’s work crew would be picking up homeless camps along the Simpson Park trail, and I took a bike ride to take a look.

By the time I got there just before noon, they had already picked up a couple of camps and were tackling two or three more. A parks department truck would take the accumulated refuse to the parks’ yard at Timber-Linn Park, to be picked up there by Republic Services.

Scenes from the work in progress: 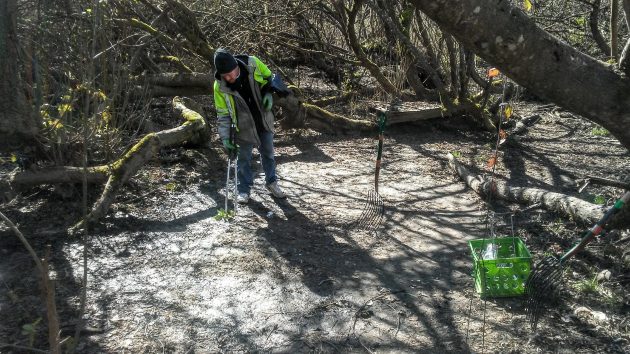 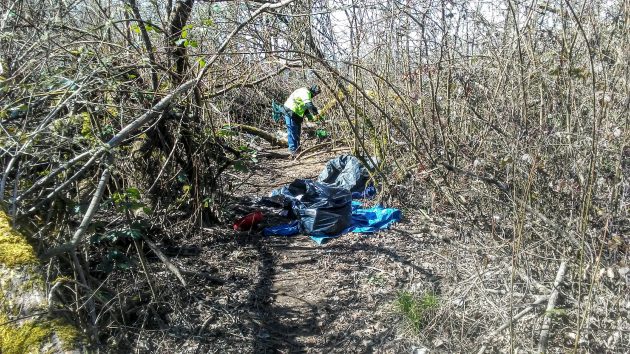 Today’s work was taking place along the east end of the unimproved trail and various side paths between Bowman and Simpson parks. As I understand it, the Albany police came through there a few days before and told the campers to move on.

West of where the crew was laboring, there was more cleanup work to do, as you can see: 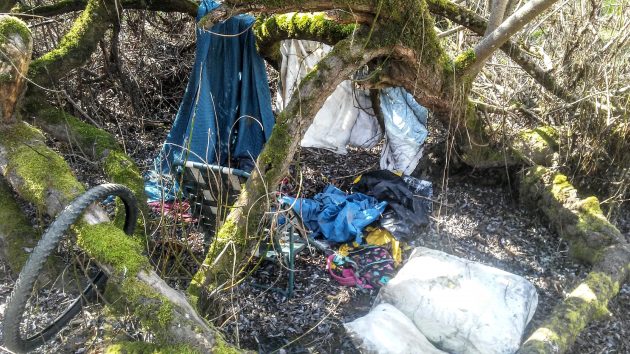 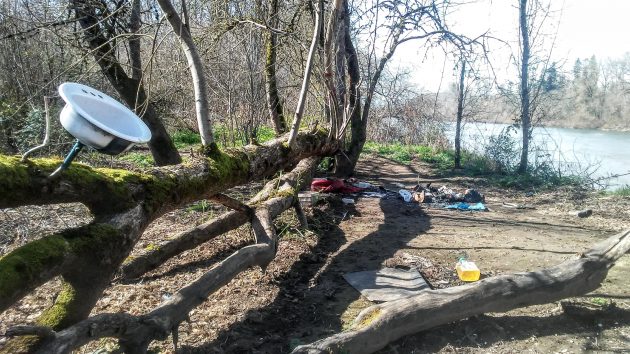 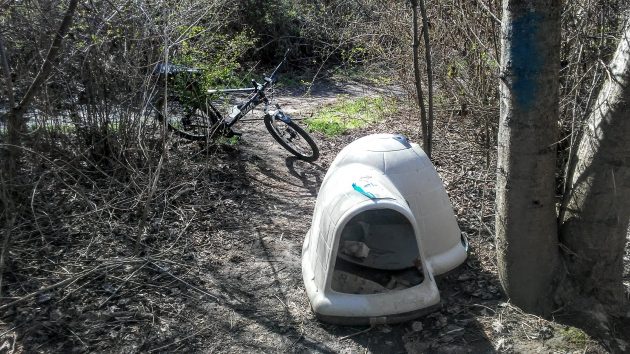 Homeless camps and the debris they leave behind afflict not just the woods along Albany’s riverfront but public spaces up and down the West Coast. Idealists hope to solve it by providing, somehow, more shelters and “affordable housing.” But surely a bigger societal change is needed to reverse the breakdown symbolized by these scenes.

No longer tolerating vagrancy and the trashing of public land might be a start. (hh)

18 responses to “On Simpson trail: Picking up campers’ trash”