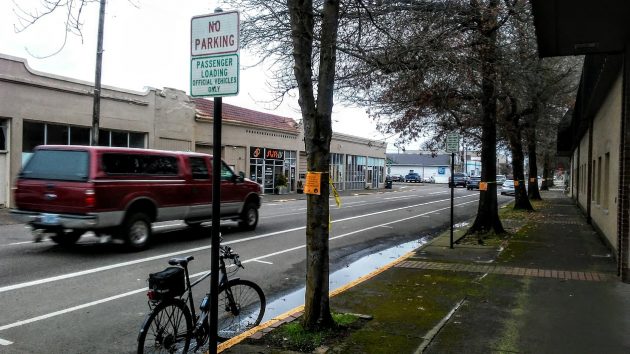 The notices pinned to these pin oaks along Second Avenue attracted my attention Sunday.

A block of Second Avenue in downtown Albany will look kind of bare pretty soon. Nine street trees there have become too big, and the city is cutting them down.

That’s what it said on the orange notices pinned to nine pin oaks on the south side of Second just east of Lyon. The trees line that side of the state building housing the Albany branch of the state Department of Human Services. They’ve been there since the structure was the Albany Sears.

“They have been damaging the building for a number of years,” said Rick Barnett, who manages Albany parks operations and maintenance and doubles as the city forester. “They are beginning to damage the sidewalk, and our streets crew wants to take care of them before the damage gets worse.”

According to Barnett, the average life expectancy of a street tree in an area like that is about 25 years. “They have grown to the point of becoming unruly. …  These were not the ideal tree to start with and have been there much longer.”

The city intends to replant other trees there in due time, but probably not as many. What kind? That decision has not been made. (hh) 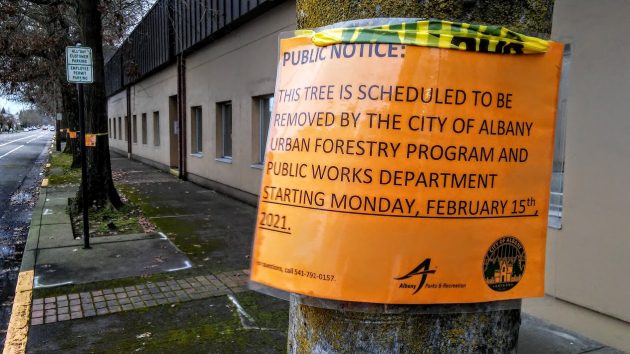 The timetable for felling these trees was upset, probably by the February ice storm. 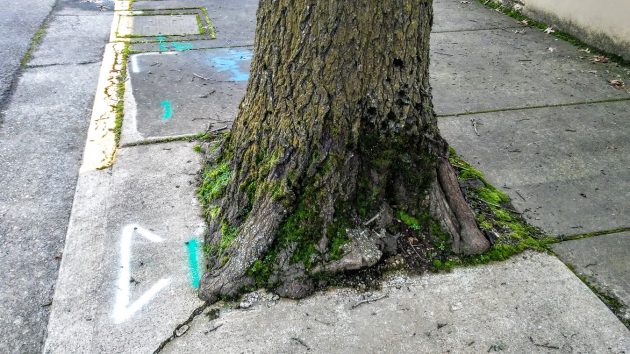 This pin oak has just about outgrown its well in the concrete sidewalk.


3 responses to “On Second Avenue, nine trees will fall”