On DC Path: Look up and see light 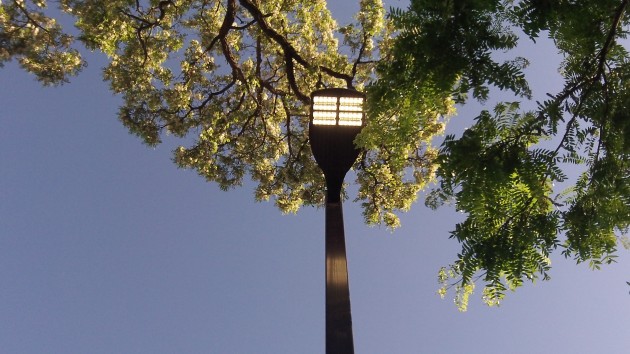 No, this is not a re-enactment of a scene from War of the Worlds, the one where Tom Cruise and his kid hide in a ruined building and the alien war machine’s tentacle reaches in but somehow misses them. It is, instead, one of the new lighting fixtures on Albany’s Dave Clark Path.

If it seems as though I’m fixated on those fixtures, since I keep writing about them, I’m really not. But since the last report in May 4, several of them have gone up. And the work now seems to go much faster than I had given the contractor credit for.

In case you missed the wall-to-wall coverage before, Crawford Electric of Stayton is installing 80 poles and lights along the 1.2-mile riverfront path, from Monteith Park at one end to Front Avenue at the other, under a $298,008 city contract funded by the CARA urban renewal district. Part of the district’s overall mission to combat blight, the lighting is intended to improve the sense of riverfront safety after dark, encourage more public use of the trail, and aid law enforcement.

It was still bright and sunny when I cruised along the path Friday, but as you can see, some of the lights were on. And to me, the fixtures still resemble those machines in the latest remake of War of the Worlds. (hh) 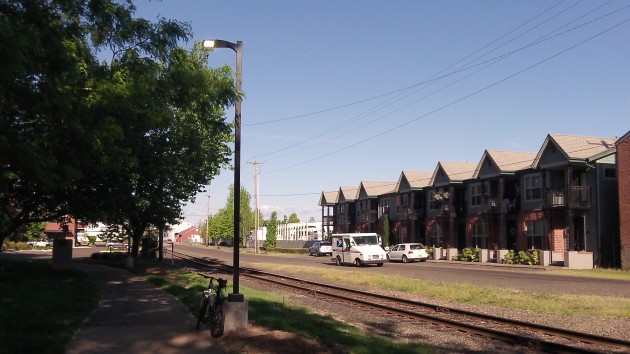 
5 responses to “On DC Path: Look up and see light”