On Albany’s riverfront, there’s a delay 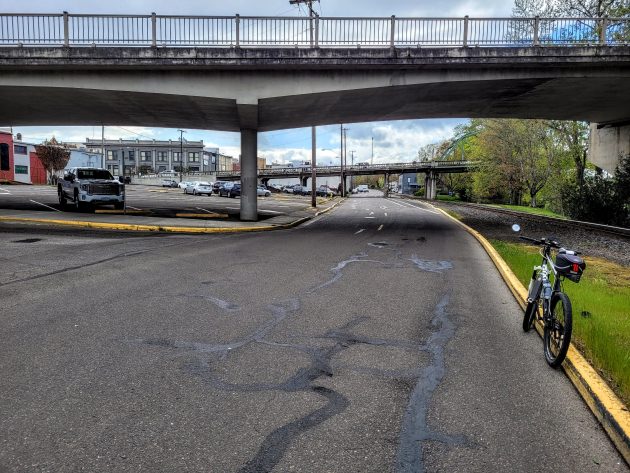 This segment of Water Avenue, including the parking lot between the bridges, was supposed to be rebuilt in Phase 1 of the riverfront project.

So what’s happening on Albany’s much anticipated riverfront redevelopment project this year? Nothing, that’s what. And the city puts part of the blame for the delay on Putin’s war against Ukraine.

Albany had asked for bids on Phase 1 of the project, which called for rebuilding about 1,000 feet of Water Avenue, renovating a parking lot and replacing a water line. Four contractors responded with bids from $2.4 million to $2.7 million.

Now the city staff is recommending that the council, acting as the Albany Revitalization Agency in charge the CARA urban renewal program, reject all four bids.

The council/ARA is scheduled to meet Wednesday, April 13.

A memo included with the agenda says: “Staff’s recommendation to reject bids is based on the lengthening lead times and price volatility due to many factors including the conflict between Russia and Ukraine.” [“Conflict” seems like an odd word for what Russia is doing to its neighbor.]

Apparently both countries are major suppliers of the pig iron used in the manufacture of the “ductile iron pipe” and fittings needed for the water line.  So now it takes 20 weeks or longer to get that kind of pipe, and the price isn’t guaranteed until the goods are shipped.

The staff is recommending that Phase 1 of the project be combined with Phase 2, intended to be done next year or later, and that the construction be managed “using the alternate construction manager/general contractor (CM/GC) project delivery approach.”

Overall, what the city calls the “Waterfront Project” includes changes to Water Avenue, Monteith Riverpark, and to a lesser extent the Dave Clark Rivefront Path. CARA’s budget for the whole thing is $15 million.

Residents and visitors may see these changes if they live long enough. But it won’t be this year. (hh) 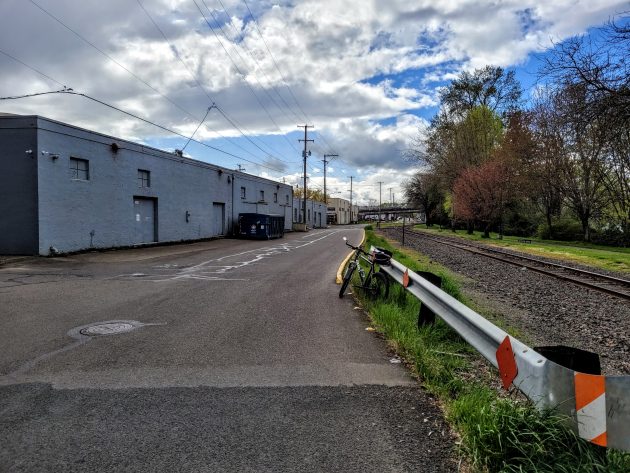 This is where Montgomery Street meets Water Avenue, one of the intersections to be improved.


6 responses to “On Albany’s riverfront, there’s a delay”