On a January afternoon 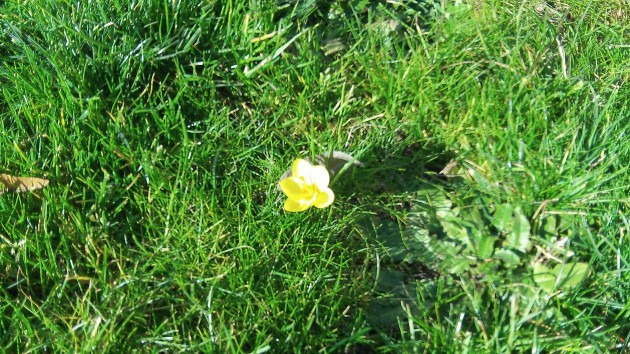 Look, a flower — and it casts a little shadow!

This little guy poked his head up when I was cutting the grass on Friday. I don’t know if it was a stunted daffodil — doesn’t look much like one, frankly — or something else. (Wish I had paid attention in botany, which I vaguely remember taking in sixth grade or thereabouts.) But I admired its pluck, if not its timing, so I made sure not to mow right over it.

Whoever heard of cutting grass, or weeds in this case, in January? Friday was a good day for it, though. Dry, sunny and mild. Everybody is complaining about the shortage of precipitation so far this rainy season. But it’s nice not to be soaked or freezing when doing stuff outdoors.

Nobody likes the apparent drought we are in, and if it persists we are in for a rough year where water is concerned. I imagine farmers are getting a little worried right about now. 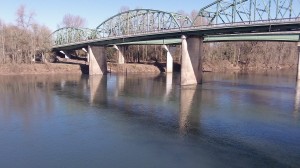 The forecast says the cold fog is likely to come back Saturday night, and rain may arrive on Tuesday. But meanwhile, the Willamette River looks unseasonably low as it glides under the Albany bridges in the pale January light. (hh)


One response to “On a January afternoon”