On a bike, ID is wise but not required 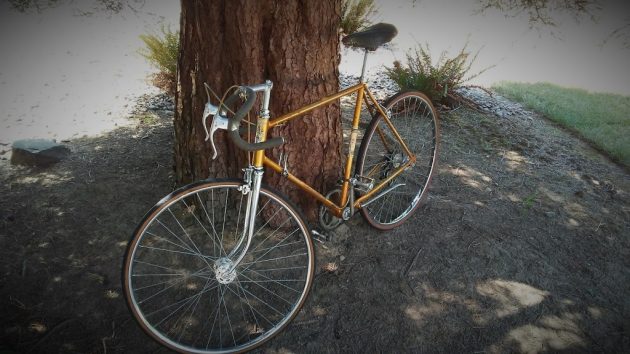 You don’t need a license to ride this vintage Schwinn Continental or any other bicycle in Oregon.

Prompted by the Oct. 13 arrest of a bicyclist in Corvallis, an Albany reader asked about the law on carrying a license or some other legal ID when riding a bike. Let’s dive into the Oregon Revised Statutes, where the answer is sure to be found.

The Corvallis incident started when, according to published reports, a state trooper on the university police squad was on bike patrol that Sunday afternoon. He stopped a 21-year-old student for riding her bike on the wrong side of a residential street. She reportedly refused the officer’s request for identification. As camera phones recorded the action, she ended up on the ground, was forcibly turned over and had her wrists cuffed behind her back, then was booked at the Benton County Jail and released.

The incident raises many questions, but what about ID, by which we usually mean driving licenses? Here’s the law on that.

ORS 807.020 says in section 14 that “a person may operate a bicycle that is not an electric assisted bicycle without any grant of driving privileges.” (Sections 15 and 16 apply the same exemption to operators of electric assisted bikes and motor assisted scooters if they’re 16 or older.)

Regardless of the law, serious cyclists usually carry an ID in case something happens and the ambulance crew finds them unconscious. But it’s not required.

What about being stopped and asked for ID even though you don’t have to carry any? In 2003, the Legal Services staff of the Associated Students at the University of Oregon gave students this advice: “An officer who suspects you of a noncriminal violation can stop and detain you and ask for name and ID. You may legally refuse to give your name and, in that case, you should expect to be detained as long as necessary to establish your identity. Again, your refusal to give your name or ID isn’t a separate offense and you can’t be legally arrested or jailed for that refusal.”

Here’s a question to which I could not find an answer: Suppose a cop stops a cyclist without legal ID for a minor violation. The cyclist readily gives his name but can’t prove it. How does the officer confirm what to write on the ticket? Would the cyclist be “detained” in that case, and for how long? No matter how long they stand on the side of the road, no legal ID is going to appear.

Maybe somebody who knows will supply an answer as the Corvallis case unfolds. (hh)

Thanks to a commenter below pointing out my typo, “diving” license has been corrected in this edited version of the story.


14 responses to “On a bike, ID is wise but not required”