Old history? It’s not all that old 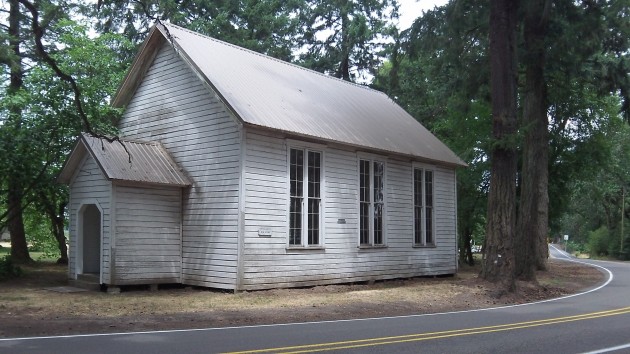 The Orleans Chapel has stood for more than a century now.

History is closer than we think. Though not exactly original, that thought occurred to me when, on a bike ride the other day, I stopped and nosed around the old town site of Orleans.

On Riverside Drive just north of Highway 34, the site amounts to the Orleans Chapel and the Cushman Cemetery, both dating from around 1900. That was about 40 years after the flood of 1861 wiped out the town of Orleans itself.

Meandering through the cemetery, I happened upon a prominent headstone. It marks the grave of Leonard and Katharine Falk, and it was the dates on the marker that made me think how short history is. 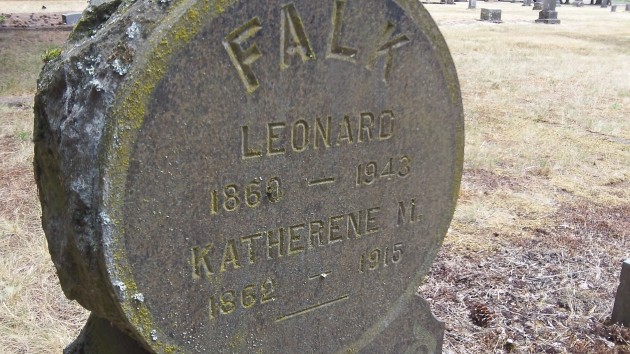 That’s not quite how census records spelled Mrs. Falk’s name.

When Leonard Falk was born in Wisconsin in 1860, the Civil War was still almost a year off. He died in 1943, not quite two months before, half a world away, I was born. So, today we’re less than two full lifetimes removed from the war to preserve the Union. No wonder the country can still have controversies over things like the confederate flag.

On a website called Joanne’s Genealogy, I learned a little about the Falks. Leonard’s parents had come from Prussia, a part of Germany before it was a united country. Now it’s a part of Poland. Leonard and Katharine were married in 1883 and later moved from Wisconsin to Iowa. The 1910 census showed them in Oregon, Orleans precinct. They were farmers, and by that time they had nine children, all living and seven still at home.

After Mrs. Falk’s death in 1915, Leonard married again in the 1920s, farmed in Marion County near his brother Albert, became a widower for the second time in 1940, and died three years later. Online you can find his photo, and Katherine’s too. (Variations of spelling first and last names were not unusual, apparently, judging by the headstone and the census records.)

Across the road, the little wooden chapel looks disused, but it’s easy to imagine how a small congregation would have crowded its pews and, in winter, perhaps been warmed by the stove you can see in a corner in the back. The building is more than a century old, and as a reminder of how people lived not so long ago, I sure hope it can be preserved. (hh)

8 responses to “Old history? It’s not all that old”