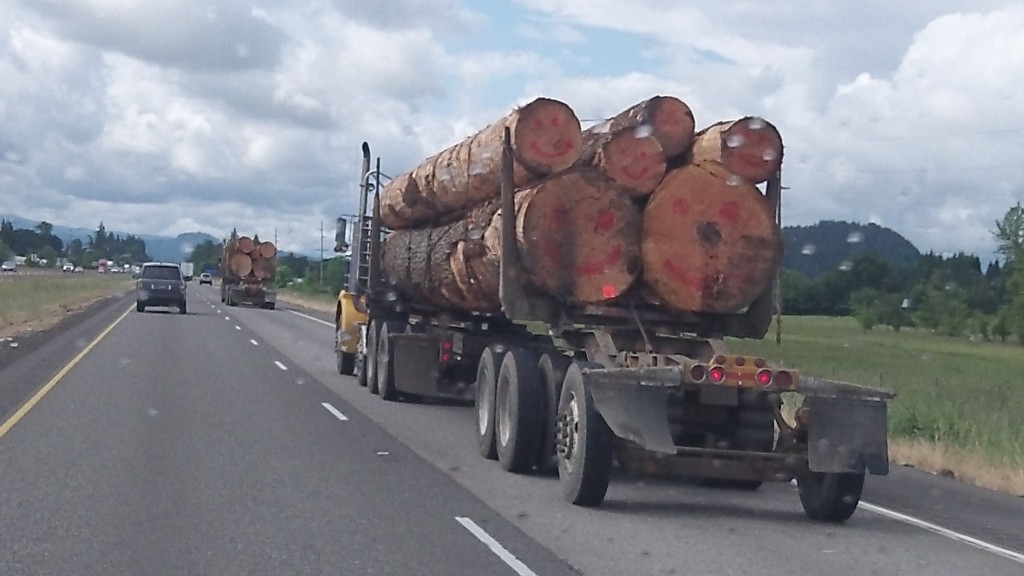 Where from, and destined for what use?

OK, I know that when you’re on the road behind the wheel, you should pay attention only to the driving. Especially on Interstate 5. But sometimes you see something you wonder about and want to catch an image of it.

For instance, what about these massive logs hurtling down the freeway on their way south, probably to a sawmill somewhere? Or are they headed for Coos Bay to be loaded for a trip across the Pacific? (These loads had just passed Creswell, south of Eugene.)

Evidently, judging by the diameter of those logs, some old growth is still available to be cut. Or maybe these were reasonably old second growth. I wasn’t about to get close enough to count the tree rings and make sure. If anybody has answers to these musings, please let me know.

This brings up another point: Sometimes you’re on the interstate and pass loaded log trucks going the same direction while, on the other side, other log trucks, also loaded, are hurrying the opposite way. Assuming they’re carrying the same kind of logs, you’d think the shippers, buyers and end users could get together, make a trade and avoid the heavy fuel bills inherent in long trips. But that would cut the truckers out of work, so I’m glad they don’t. (hh)