Old churches: So what about Palestine? 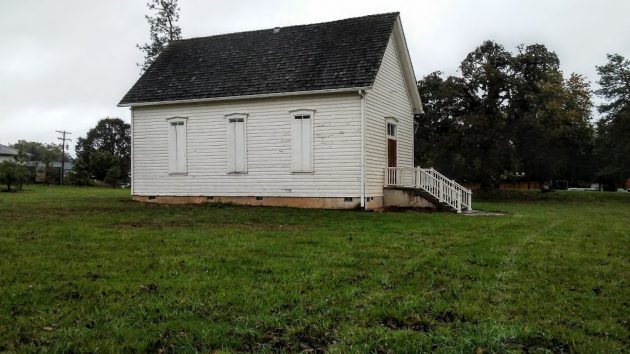 The North Palestine Memorial Church in Adair Village looked like this on Oct. 11.

News about the effort to move and save Albany’s Cumberland Church prompted a reader to wonder what’s going on with the North Palestine Church, which was towed to Adair Village 10 years ago. The short answer is that it still sits where it was put, just south of the old officers’ club of Camp Adair, awaiting work so it can be opened for public use.

The church, which dates to the 1880s, was in the way of an expansion of the Palestine Cemetery off N.W. Palestine Road when Benton County agreed to have it moved to a vacant lot in Adair. Benton County Natural Area & Parks has been in charge of it since.

I last checked on the building in 2016. On Sunday I paid it another visit. The door was open, and a couple of women were getting ready to clean up the inside for what they told me was a wedding coming up.

After taking ownership in 2010, the county paid to build a foundation, paint the outside, repair the siding, refurbish the front door, construct front steps, and rebuild the windows.

But, county Parks Director Laurie Starha told me this week, “there’s a long list of items that will need to be completed … before this building can be rentable.”

The list includes fixing dry rot, replacing the fir flooring, putting on a new roof, and upgrading the wiring and heating. Also, there’s a need for disability access, a parking lot, and a restroom.

The county does not routinely rent the building but, several times a year, allows access for community events such as Founders Day.

“Benton County Parks and the city of Adair partner on general maintenance work from time to time,” Starha said, “and they have helped us keep the church looking presentable until we can find the funding for the major improvements.”

Starha is working on a plan for restoration, funding options and future uses of the Palestine Church and other county-owned historical buildings, namely the commander’s and Franz Dunn houses at Ft. Hoskins, and the Beazell Plunkett House. She hopes to finish the plan early in 2021 so that the county can act on it during the 2021-23 budget period.

In the meantime, next time you’re in Adair, drive by this little old church, admire its simple design, and think of the Oregon pioneers who built it nearly 140 years ago. (hh) 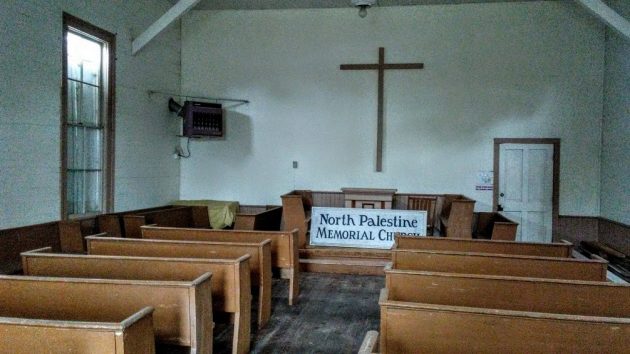 The inside was being cleaned up for a wedding to be held there soon. 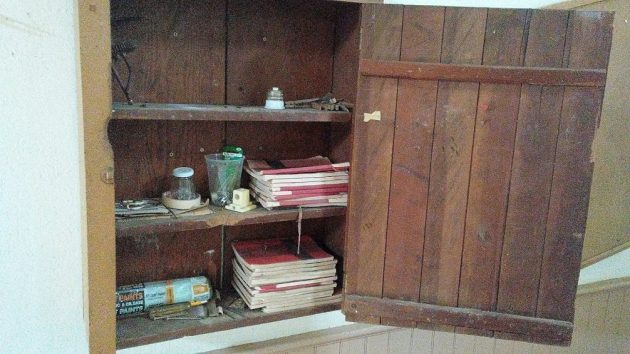 A little cupboard in the wall still holds hymnals and other stuff left from years ago.


4 responses to “Old churches: So what about Palestine?”