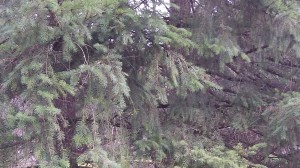 If you didn’t expect much from Governor Kitzhaber’s O&C Panel, you were not disappointed when the group’s report came out on Feb. 7. Still, the report was useful in one respect. It summarized once again the long and convoluted history of the O&C lands, the forest lands originally granted to the Oregon & California Railroad in the 1800s and taken back by the federal government in the early 20th century.

These lands, in 18 western Oregon counties including Linn and Benton, were supposed to be managed for timber production, and half the income from timber sales went to the counties for years. Then came the northern spotted owl, the Clinton Northwest Forest Plan, lawsuits and many court actions. Timber harvesting stopped, thousands of families lost their income, and rural western Oregon sank into a period of economic and social depression. Why? Because, the report reminds us, “Since the implementation of the NW Forest plan, harvest levels on federal land across western Oregon have decreased 90 percent compared to the average harvest during the 1980s.”

The governor appointed his committee in October to find a way out. The panel now has made several suggestions, such as designating areas mainly for timber harvest; setting up a federal or state trust to manage the lands, some for timber and the rest for conservation; or even selling some of the O&C lands to timber companies, along with making administrative improvements. The report will go to Congress, but there was no proposed solution. “Panelists,” the report said, “did not agree on utilizing any one or combination of these approaches.”

As always, though, their report recommended more study and more detailed “modeling.” In Oregon, too often that’s how government works now. It does not solve problems, but there’s no end of committees, studies and reports. (hh)