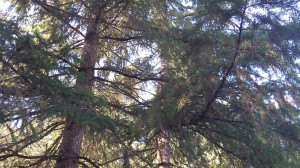 The Obama administration says the president would veto a bill by Oregon congressmen to revive the timber economy of some Oregon counties. It’s another indication of how liberals cling to their favorite policies even though the policies have failed.

In this case, the idea is that in order to save the northern spotted owl, there must be almost no logging on Oregon’s so-called O&C lands. This policy has now been followed for more than 20 years. The result is economic depression in the O&C counties, the spotted owl population is continuing to decline, some southwest Oregon counties are going broke, and the lack of proper management is making forest fires more likely and, when they happen, harder to fight.

By the way, much of the lumber that used to be produced in Oregon now is imported from Canada. And in our forests, the government wants to shoot barred owls in order to protect the northern spotted kind.

In short, the result of federal forest policy driven by a misguided form of environmentalism is an absolute disaster. Congressmen Peter DeFazio and Greg Walden crafted a reasonable bill to encourage more timber management. But environmentalists oppose it, and the president goes along. Evidently, for Obama, jobs and soundly managed forests don’t count. (hh)