Nowhere to hang your hat 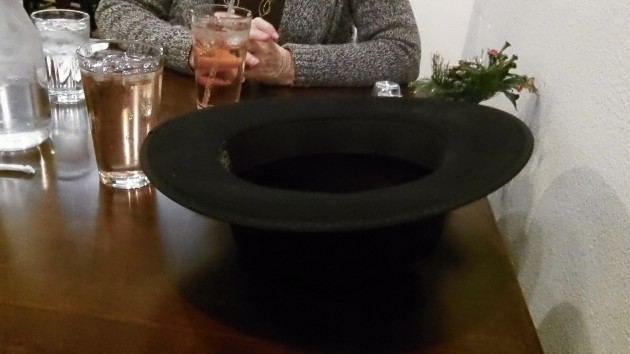 When there’s no other safe place to stow your hat in a restaurant.

Hats are coming back, I’m convinced. And if they’re not, they should. But for this to work, we need the proper infrastructure. In terms of hats, this means racks. We need proper racks so we can hang our hats. Otherwise where can be put them?

Now for some people, the widespread lack of racks is no problem. They keep their hats on their heads, even indoors. Even when they’re sitting down for a meal. For these people, we need training in hat etiquette.

Indoors, hats are to be taken off. It’s hard to tell whether the same applies to caps, but it probably does. Especially ball caps, but other caps as well, including watch caps. Lots of people have no clue about where or whether to take off their caps or their hats. They have to be reminded.

In the Albany municipal court room, there used to be a sign telling people how to act. Among other things it said take off your hats, or caps. I don’t think the city court has a hat rack. I guess they expect people waiting to go before the judge to hold their hats in their hands. It’s best not to put your hat on the chair next to you because the next guy coming in may not see it and sit on your hat while’s you’re not looking. And then you’re stuck with a flat hat.

But back to proper racks. Especially in winter, when hats are even more useful than in the other seasons, hat racks ought to be provided where people wearing hats are likely to show up and take them off. Restaurants, for instance.

If you get a table in a restaurant without a coat rack with some hooks, where are you supposed to put your hat? On the floor? No way! On the back of your chair? No, because you would knock the hat off. Or crush it when you leaned back.

If all the chairs are taken and there’s no rack or at least a peg on the wall, the only possibility is the table itself. It’s not ideal, but it works. Crown down, by the way. Why? Because that way the brim keeps its shape.

But even better would be a rack. (hh) 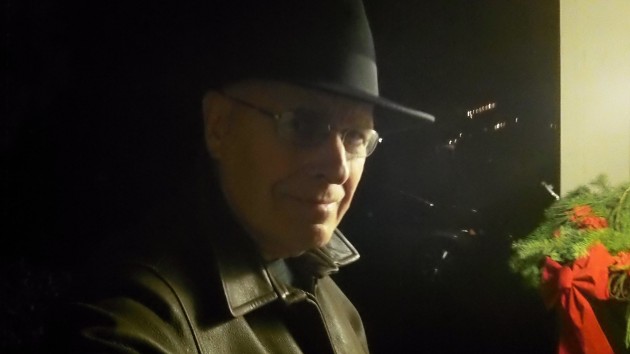 Especially in winter, hats belong on a head, but only outdoors.


3 responses to “Nowhere to hang your hat”