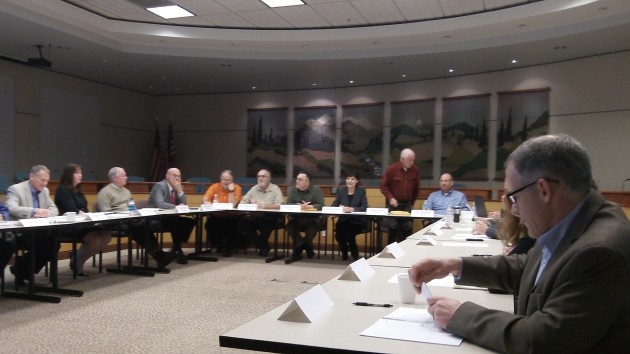 The Albany council and others get ready Monday to talk about training people for local jobs.

It’s hard to think of a more direct form of “”economic development” than what the Albany City Council has now agreed to spend $2.9 million to support.

At its work session Monday, attended by just about every mover and shaker in Albany-area industry and vocational education, the council voted 5-1 to support a request for up to $2,901,222 to buy specific pieces of equipment that Linn-Benton Community College will use to train people for jobs in manufacturing that seven local companies say they have a hard time filling, especially as their plants expand.

The industries expect to have 1,072 openings in the next five years  — they didn’t say how they could be that specific — and President Jim Merryman of Oregon Freeze Dry said the companies are committing themselves to hire graduates of the LBCC training that will be made possible by the new machines. Their main need, the industries say, is for employees trained in nondestructive testing or NDT, certain kinds of welding, machine tools, and mechatronics, a branch of engineering that combines electronics with other disciplines. Besides Freeze Dry, the industries are ATI Wah Chang, Viper Northwest, Selmet, L&M Fab, National Frozen Food, and ATI Pacific Cast Technologies. 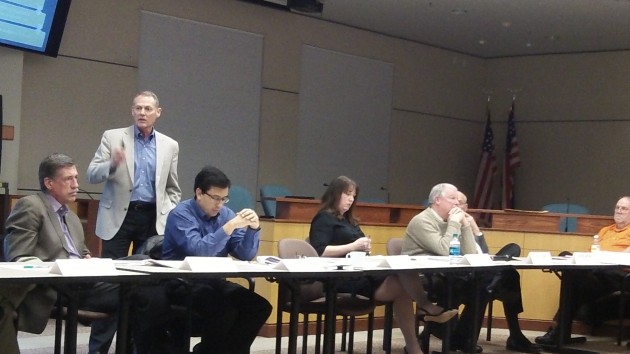 The money will come from the economic development portion of Albany’s Pepsi settlement fund, and it will reimburse LBCC once each specified machine is bought. Councilor Dick Olsen said he liked the idea of training for industrial jobs, but he voted no because he would rather that the money be lent instead of given to the college. The other councilors supported the program with great enthusiasm.

Albany set aside about $5 million for economic development after, in 2010, it received $18.5 million in cash from a subsidiary of PepsiCo because the company had reneged on a deal to build a Gatorade factory and bottle plant in town.

The industries worked on the idea for the training program and the funding request together with the college and the Albany Area Chamber of Commerce. They presented a request for more than $4 million last summer but whittled it down since then and also answered some questions the council raised. Among the answers: The businesses and LBCC will fund the staffing for the program as well as pay for maintenance on the machines along with upgrades and any changes necessary later. Also, “all of us,” Merryman said, signed a letter promising to hire the people coming out of the program.

The council chamber was filled with business and industry representatives as well as executives of LBCC. There was also Larry Labbe, who said he came down from Polk County and whose card identifies him as a division manager for TechCorr, a “full service visual and non-destructive testing” company. He got up and, to general  applause, said he was impressed by this Albany effort at workforce development. And he announced he was looking for a spot to open an Albany branch.

The council next will consider a formal resolution listing what it agreed to on Monday, and City Attorney Jim Delapoer then will prepare a contract between the city and LBCC to cover the details. It sounded as though the program would get going by the summer of 2016.

One of the useful details that came out of Monday’s presentation: These technical industrial jobs often pay better than many jobs you can only get with a four-year university degree. (hh)