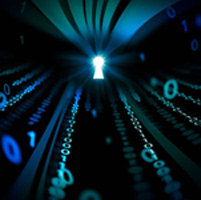 An illustration from a National Security Agency press release.

So what have we learned so far from the latest flap in the terror war? The main thing is: You can’t trust anybody — especially not to keep secrets.

The young man who told a British newspaper and the Washington Post about the massive American telephone and Internet surveillance program was reported to be a former information technology employee of the CIA. These programs have been going on for years, and the lesson now is that all secrets eventually come out. Not even the CIA can trust all its employees all the time not to make public classified material.

As described in the press, these massive surveillance programs were intended not to intercept individual messages but to discover whether foreign terror suspects had dealings with anyone in the U.S. But clearly, if intelligence employees can’t be trusted to keep secrets, they can’t be trusted period, especially not to read the contents of the communications they were supposedly tracking.

None of this should be a big surprise. We have all heard enough about surveillance, ID theft and Internet hacking to be wary about communicating online. Personally, I have always assumed that somebody or some agency had the means  to track every email, social media entry or international phone call I send or receive, and the only defense is to bore the listeners to death. (hh)

Sam Suklis responded on June 11: Coincidentally-reading your latest post: One of Pratchett’s books I’m currently reading, he says : “Freedom without limits is just a word”.  Pratchett has a way of saying volumes in very few words.
Hasso, mankind has always tended to find ways to abuse freedoms, and granting any agency power to operate in secrecy is one of the most dangerous freedoms of all, because power corrupts best when it can do so secretly.