Not guilty: Why the government lost 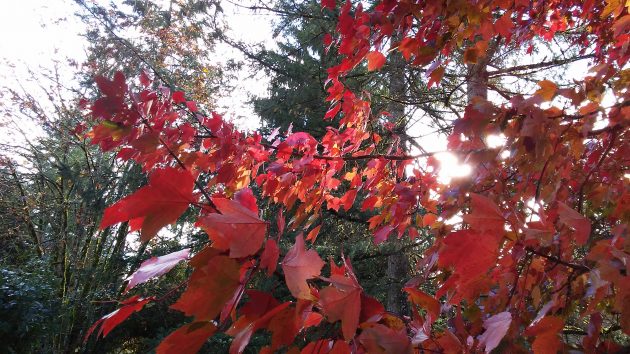 A burst of sunshine in October seemed symbolic of the Portland verdicts.

A day after seven leaders of the Malheur National Wildlife Refuge occupation were acquitted in Portland, some people were still asking, on Facebook, “How is this possible?” and declaring that “Justice was not served.” The answer is simple: The government brought charges that did not fit the facts, and then it could not prove its case.

Oregon’s U.S. attorney, Billy Williams, told the Oregonian after the verdicts, “We still think it’s illegal to take over a public structure on public land at the end of a gun.” Of course that’s illegal. But that’s not what the occupiers did. And that’s why the huge, expensive and time-consuming prosecution failed.

Williams’ comment evokes somebody pointing a gun at employees and ordering them out, taking over their space. Events at the wildlife refuge started on a day in January when no one was there. Throughout the weeks of this protest action, no one pointed a gun at any government employee or anyone else. Some of the people there had guns, sure, and carried them openly. So what? Lots of people in the great American West, even at protest meetings and political rallies, carry guns without being treated as criminals.

The government’s charge was conspiracy to keep federal employees from working. It was based on a Reconstruction Era law to protect Union representatives from being harmed as they worked in the South. The law had no relevance to the events in Harney County in 2016. On top of that, as testimony showed, there was no conspiracy, a term associated with a secret plot to commit a crime. Instead, there was plenty of social media traffic, not exactly the kind of secrecy you associate with a criminal enterprise.

As for keeping the employees from working, the testimony was that their supervisors told them to stay away. The occupiers had lots of other people come and go. They welcomed reporters and other visitors. They gave tours of the refuge buildings. They made it plain they did not intend to hurt anyone. The charge of keeping employees away by force or threat of force was laughable.

The government’s case also was undermined by the revelation that among the alleged “occupiers” were 15 FBI informants. The prosecution made much of the fact that some of the occupiers held firearms practice at the refuge’s boat ramp. Then it developed that the man overseeing that operation was one of those government men.

The government’s case was sunk by its own heavy-handedness. Williams said law enforcement spent close to $12 million, and more than 1,000 FBI agents cycled in and out of the operation in response to the occupation. Talk about overkill. Then it kept the Bundy brothers and some others in jail instead of letting them go free on bail, as the Constitution seems to require. Then it placed unusual restrictions on how the jailed defendants could communicate with their lawyers. No wonder Ammon Bundy described himself as a political prisoner. His treatment sounded not much better than what political prisoners experience in some foreign countries.

The government’s unusually harsh treatment of these defendants was symbolized by the attack in court on defense lawyer Marcus Mumford by U.S. marshals. When he argued with the judge that his client should be released, they wrestled him to the floor and used a stun gun on him. One of the other defendants said marshals threw him against a wall when, as a free man just found innocent, he refused to be handcuffed on the way back to jail to be processed out. Why people found innocent should have to submit to more jail trips is just another puzzle that citizens have a right to have explained.

Last January, these protesters or occupiers should have been talked out of their misguided and quixotic operation at the wildlife refuge. Failing that, they should have been charged with trespassing, and billed for whatever physical damage their occupation caused. Instead the government tried to make an example of them that could have sent them to federal prison for many years, as though they were terrorists. And that’s why the government deserved to lose this prosecution, and why it’s a good thing for freedom and citizens’ rights that it did. (hh)


18 responses to “Not guilty: Why the government lost”