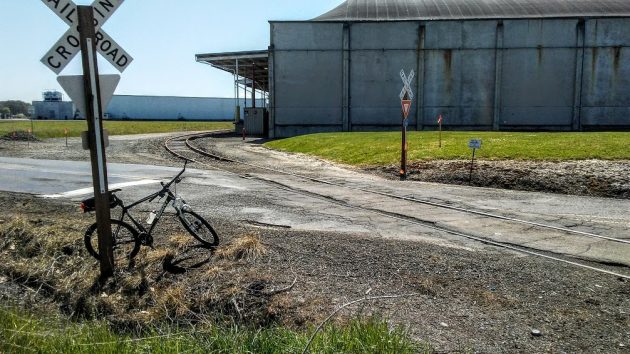 This Lochner Road crossing of a rail spur is one of two the city will pay the railroad to reconstruct.

Coronavirus or no virus, the bread-and-butter work of city administration continues. The Albany City Council last week approved a contract to rebuild Lochner Road to help the SnoTemp company to expand its cold-storage operation and eventually add jobs.

As part of the road project, the city will pay the Albany & Eastern Railroad Company to rebuild two rail crossings: $161,146 for a spur on Lochner and about $49,750 for the crossing on Marion Street just north of where Lochner feeds into Marion.

The council voted to award the construction contract to North Santiam Paving of Stayton, whose bid of $2,407,559 was the lowest of three. City engineers had estimated the project to cost more than $3.1 million.

A staff memo to the council said: “This project is being constructed in support of a planned expansion at SnoTemp, a cold storage facility … at 3815 Marion Street, which is expected to create approximately 60 new jobs within five years of completion of the improvements.”

The work includes 2,300 feet of street reconstruction along Lochner and 200 feet along Marion, along with sidewalks along part of that distance, plus a water line, a storm drain, and other features.

The Lochner project was first discussed by the council in December 2014 and several times since then while the staff was negotiating the finances and figuring out details such as whether sidewalks should be provided. SnoTemp needs the road along its frontage improved so it can be used by trucks. (You can refresh yourself on the original discussion here.)

Whether the COVID-19 outbreak has affected or may affect the company’s plans did not come up at last week’s council meeting. In any case, North Santiam Paving this summer will rebuild that section of road to turn it into a proper city street. (hh) 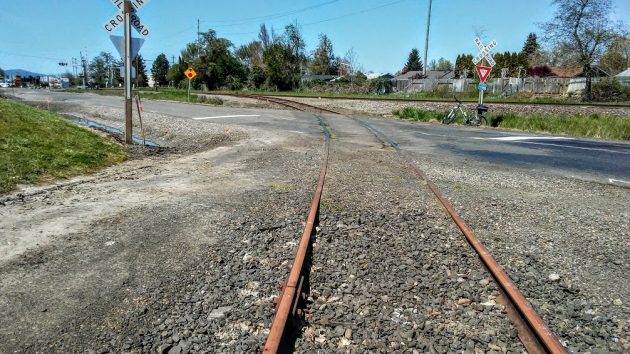 Looking at the Lochner Road spur crossing from the other direction. 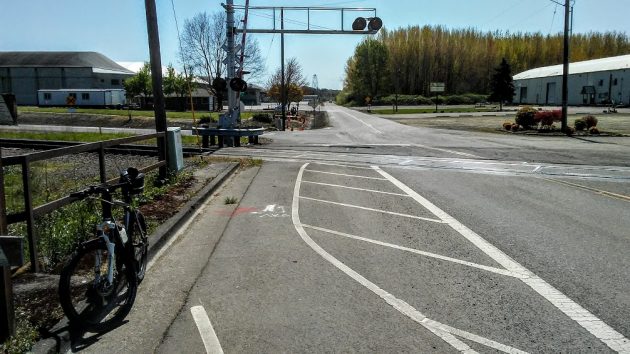 The crossing on Marion Street is to be improved as well.