Not a boring walk at all 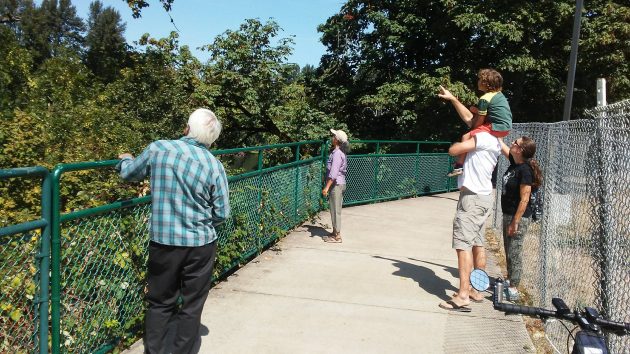 On the Dave Clark Path on the afternoon of Aug. 22.

Who says there’s nothing to see on Albany’s Dave Clark Riverside Path? Now and then you can see an osprey sitting high up in the trees, as these people did one sunny afternoon a couple of weeks ago.

Ospreys are a common sight on the Willamette River. Also recently, people on the path were glad to be able to watch  — for a little while, anyway — what looked like a golden eagle settling down in the woods on the opposite bank, and then taking off again.

What else can you see along this riverside path?

During the summer. because of all the foliage, not much of the river itself. Instead, now you can watch the construction of townhouses at Edgewater Village, a folk-art mural on a wooden fence, a dirt-track jalopy or two sitting behind an industrial building, heavy equipment stored on a vacant lot, and the occasional homeless person taking a mid-day nap.

All in all, not a boring ride or walk, especially when further enlivened by the glimpse of a big bird half concealed high up in the trees. (hh) 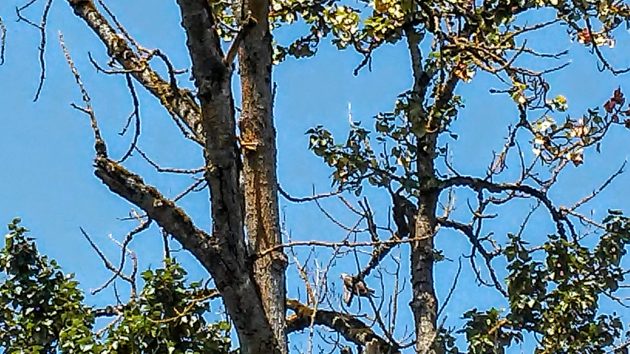 Try to spot the osprey in this shot. (Sorry, no prizes if you see it.)

4 responses to “Not a boring walk at all”