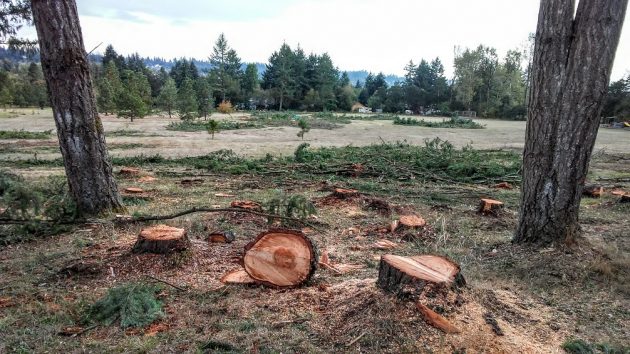 On Wednesday night, stumps in the foreground and green splotches in the distance mark where Douglas firs were logged at North Albany Park.

Even though it was announced in advance, the extent of logging in Benton County’s North Albany Park surprised and irritated some people.

Adam Stebbins, the county’s natural resources coordinator, announced last month that under a county contract Miller Timber Services would cut down 50-60 ailing or dying Douglas firs in the park the week of Sept. 16. You can read the Aug. 31 story here.

On Wednesday, several people commented on the operation on the “Nextdoor” neighborhood social media platform. None of them were pleased. One reported calling the county and getting an explanation.

A sign posted at the park said the logging, intended to remove firs that likely would become a hazard, would remove “several” trees. But Stebbins had used a more precise number — 50 to 60, he had told me last month — which much better described what actually took place.

The county does not have park trees cut down for fun. The trouble is that because of recent dry summers, most low-level Douglas firs in the Willamette Valley are expected to die. Stebbins told me he expects that none will be left by about 2030.

Benton County Parks has started planting a species of pine to replace the park trees that are being lost. At North Albany Park, some of those are already in the ground and seem to be thriving. (hh) 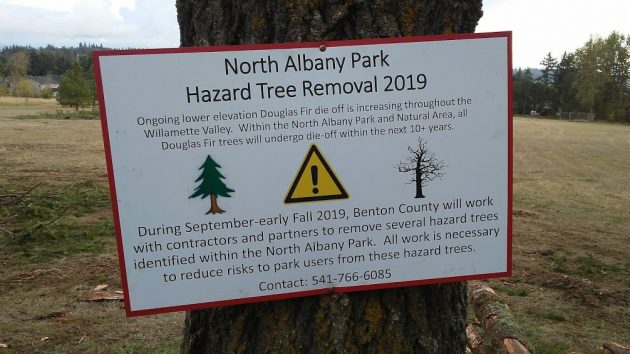 This is the sign that notified park visitors. The word “several” didn’t quite tell the story. 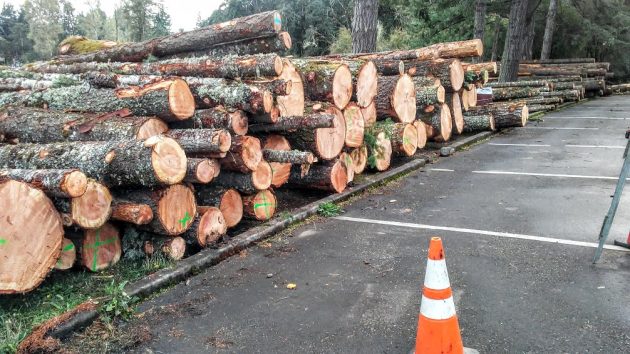 Logs are lined up for transport to a mill in Philomath.

One response to “North Albany Park logging irks some”