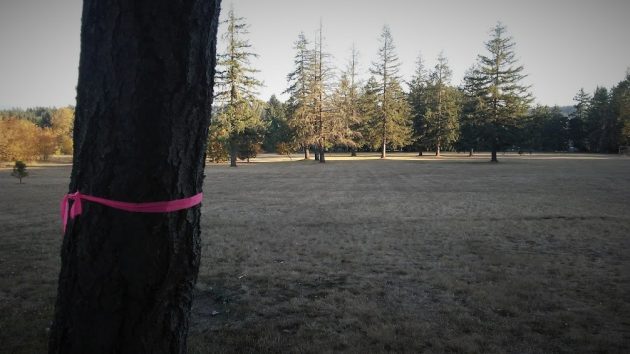 Looking across North Albany Park on the evening of Aug. 30.

Douglas firs have been dying throughout the Willamette Valley, and North Albany County Park is no exception. So in September, a contractor for Benton County is scheduled to cut down 50 to 60 of the ailing trees in the park.

The logging is scheduled to start Sept. 16 and take three to four days during that week. The affected firs are considered “hazard trees” because of their weakened condition. They’re being cut before they pose a risk to users of the park.

Adam Stebbins, Benton County’s natural resources coordinator, says the firs in the park and elsewhere around the valley have been suffering from a series of particularly dry summers. Thus weakened, they become susceptible to attacks from insects and plant diseases. Publications by the Oregon State Extension Service bear this out.

In North Albany County Park, about 100 Douglas firs were taken out in 2016. As the die-off continues, more will have to be cut after this latest round of logging. But in order to keep portions of the park from looking like a clearcut, the trees will be removed as they die off, rather than all at once.

All the trees to be cut are in the park itself, not in the nearby natural area. They are being replaced by new plantings, pretty much at a ratio of one to one. What’s being planted is a variety of Ponderosa pine known as Willamette Valley pine, an evergreen conifer adapted to drier conditions.

The Doug firs to be cut now — probably enough to fill six log trucks — will be taken to the Georgia-Pacific mill in Philomath. Stebbins expects the $20,400 expense of the logging contract will be at least partially offset by revenue from the sale of the timber.

So now, when you hear the whine of chainsaws in the park, you’ll know what’s going on. (hh) 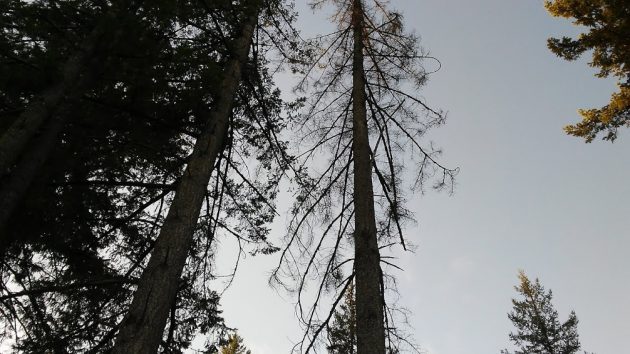 One of the dead Dougas firs at North Albany Park. 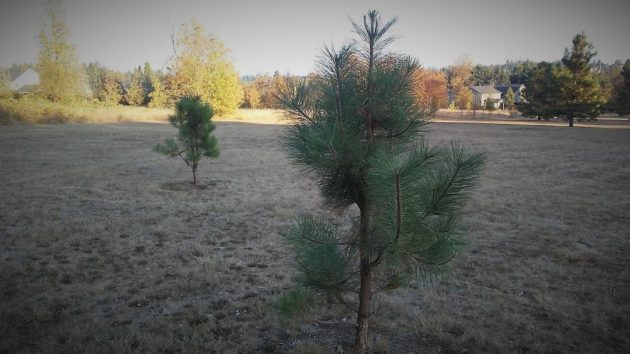 Two of the young pines that have been planted to replace the park’s dying firs.


One response to “North Albany Park: Dying firs to be cut”