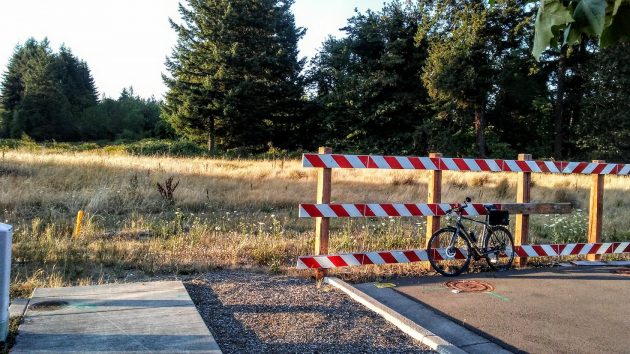 Here is where Pleasant View Way in North Albany ends now. This would be one entrance into the residential development of 195 units.

The Portland owner of about 15 acres in North Albany has taken another preliminary step in a project to build 195 townhomes and duplexes on the land.

Winprop I LLC, the firm of James H. Winkler, held a virtual community meeting in January to present plans for the development in an undeveloped area between the North Albany Shopping Center and the North Pointe subdivision. The site is south of the railroad track and north of a Samaritan Health medical building.

Now, the developer has filed for city approval of consolidating the five tax lots of his property (see the map below), and for development in the floodplain. The Albany Planning Division posted notice of the application on July 12, inviting comments by July 26.

The acreage is zoned for medium-density residential development. In 2017, the city turned down Winkler’s request to rezone the property to allow for a mix of residential and commercial uses. His idea was to provide residents with some services they wouldn’t have to drive to. But the shopping center is right next door.

The current review of the lot line consolidation and flood plain development sounds routine.  The site is surrounded by development already.

But before it can go ahead with the development, Winprop will have to file a site plan for the city’s approval. Chances are that like in 2017, this will entail big public meetings before the planning commission, and the council if there’s a denial and appeal.

But the zoning allows, actually calls for this kind of density. People will object to more traffic and congestion, and worry about school capacity, but the hearings in 2017  showed that officially, the utility and transportation systems can handle the increase. So chances are that eventually the project will get the green light.

Just when that will be depends on when the applicant submits his plans, and the city has no word on the timing of that. (hh) 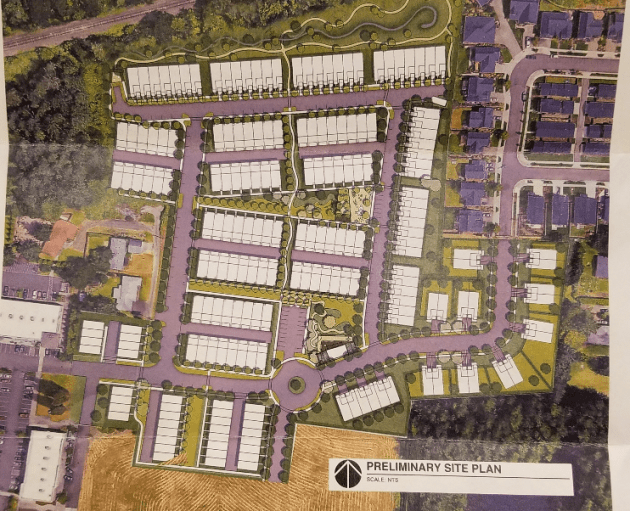 The developer presented this preliminary plan for the project in January. 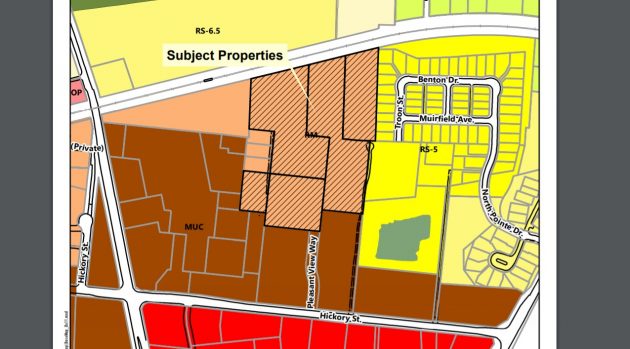 The cross-hatched area in this zoning map is where the development would be built.