No surprise: Council picks $9 as base fee, or tax 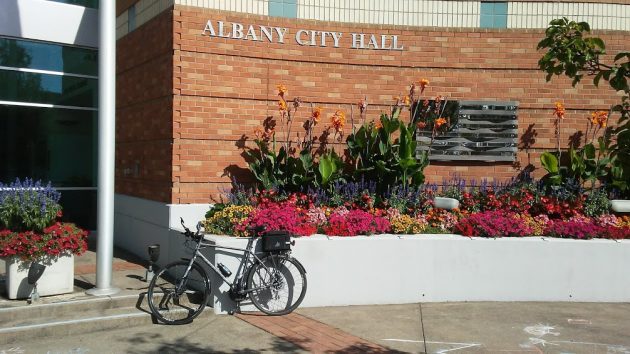 You won’t be surprised to learn that the Albany City Council has settled on $9 as the monthly tax it proposes to collect from water and sewer utility customers that are single-family households.

Nine dollars had been discussed before and was informally agreed to on Monday. And on Wednesday the council voted to pick that amount as the base rate. All six council members voted for it, though Matilda Novak said she struggled with the decision.

The base rate is what single-family households will pay. Other utility customers will be charged depending on the size of their water meters.

On May 26 the council expects to act on an ordinance to impose what the city has been calling a “city services fee” to support departments in the general fund including police, fire, parks and libraries.

Utility customers won’t have a choice but to pay, and they won’t get a specific service they have ordered for their monthly payments. So “fee” is the wrong word. “Tax” describes it better. But because it is not a tax levied “ad valorem,” against the value of real or personal property, it is not limited by the state constitutional caps on the property tax.

As council discussions have made clear, the council could raise or lower the tax rate at its discretion. Philomath recently lowered its services fee, the council was told at a previous meeting.

At the rate chosen by the council, the Albany tax or fee would raise an estimated $2.8 million a year. This would be sufficient to avoid personnel and service cuts that would otherwise start in July.

The cost of administering this addition to city utility bills came up. City officials estimated it at $300,000 a year. But there’s no increase in the number of bills being sent or processed, so it’s hard to see why “administration” should cost anything extra at all. (hh)