Next on the riverfront: Hiring consultants 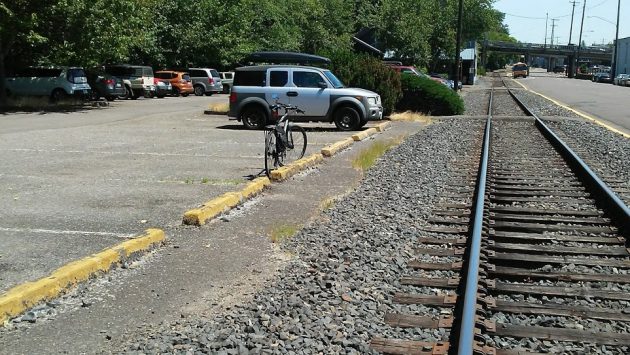 The Water Avenue rail line, shown on June 10, is one of the challenges to be faced in the planned redevelopment of Albany’s riverfront.

Albany is getting ready to pick a firm of consultants to design a remake of the city’s Willamette riverfront from Washington Street in the west to Main Street in the east.

Two Portland-based firms responded to the city’s request for proposals. And on June 20, purchasing coordinator Diane M. Murzynski told me today, Albany notified one of them, Walker/Macy, of the city’s intent to negotiate a contract with the company and settle on a fee for the work, along with many other details.

The other proposal came from a firm named Greenworks. Both companies have designed plans for lots of big waterfront developments and other projects. Walker/Macy’s cedits include the plans for the Corvallis Riverfront Commemorative Park and First Street Redevelopment some 20 years ago.

City officials scored both proposals according to a list of criteria, and Walker/Macy came out slightly ahead.

Economic development manager Seth Sherry is expected to go over all this with the advisory board of CARA, the Central Albany Revitalization Area, at one of its upcoming monthly meetings.

The final choice will be up to the city council, acting as the Albany Revitalization Agency, based on a contract recommended by the city staff and presumably the CARA board.

Among other things, the consultants will be expected to engineer a streetscape design for 14 blocks of Water Avenue, including the removal of overhead wires; involve the public; create “buildable plans” for 13 acres of parks and other city-owned land along the Willamette River; and create construction cost estimates.

The design work is to start this October and be finished by September 2020.

The ARA, which governs CARA and consists of the city council, has budgeted $2 million for “infrastructure projects” over the next two years.

Formed in 2001, the urban renewal district has spent about $34 million. According to its budget, it has $22 million of “spending authority” left before going out of business. How much of that will go toward the riverfront effort along Water Avenue will be left to decisions the council will make in the coming years. (hh) 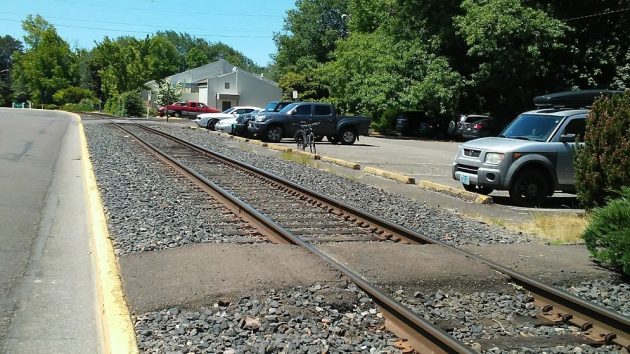 And the view in the opposite direction, toward the Albany Senior Center and Monteith Riverpark.

19 responses to “Next on the riverfront: Hiring consultants”