Next House speaker, an Albany lawyer 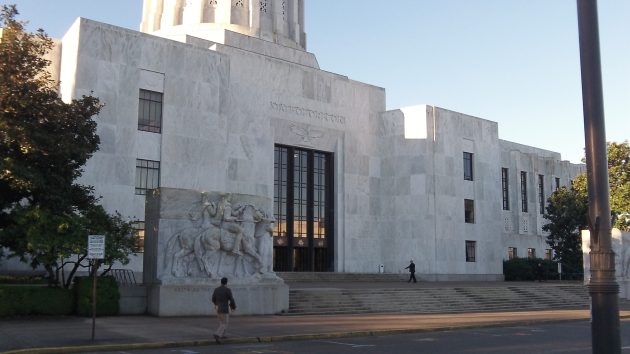 The front of the Oregon Capitol in Salem. It’s a file photo from a couple of years ago.

There’s something happening in Oregon politics that has happened only once before, 146 years ago. When the 2022 legislature convenes on Feb. 1, an Albany lawyer will become speaker of the House.

In case you have not heard, he is Rep. Dan Rayfield, the Democrat representing House District 16. He and his family live in Corvallis, but his law office is in Albany. He’s a partner in Nelson MacNeil Rayfield, based in the Wheelhouse Building on the Albany riverfront.

Democrats, who hold a majority of 37 in the 60-member House, nominated Rayfield Sunday to become speaker when the legislature begins this year’s short session on Feb. 1.

The Oregon Blue Book has, among a thousand and one other interesting things, a list of all the speakers of the Oregon House since 1860. The only one from Albany was J.K. Weatherford, who held the office during the session of 1876. He too was a lawyer, founder of the firm that still includes his name. (The firm, Weatherford Thompson, also is where Rayfield started his career after graduating from law school in 2006.)

Rayfield, 42, has been in the House since 2015. First elected the previous November, he’s been re-elected every two years since, gaining influence each session and serving as House chair of the budget-writing Joint Ways and Means Committee for the last two years.

Among the accomplishments he cites during the 2021 session was passage of his bill requiring that ballots postmarked by election day be counted if they arrive within seven days (or eight days if mailed from outside the county). Before now, ballots had to be in the hands of election officials by 8 p.m. on election day.

To read more about his legislative work, go to his website here. If you want to listen to him talk about his work as a lawyer, check his firm’s website here. That is also where you’ll find a nice new photo of the man — unlike the outdated one from my files, below. (hh) 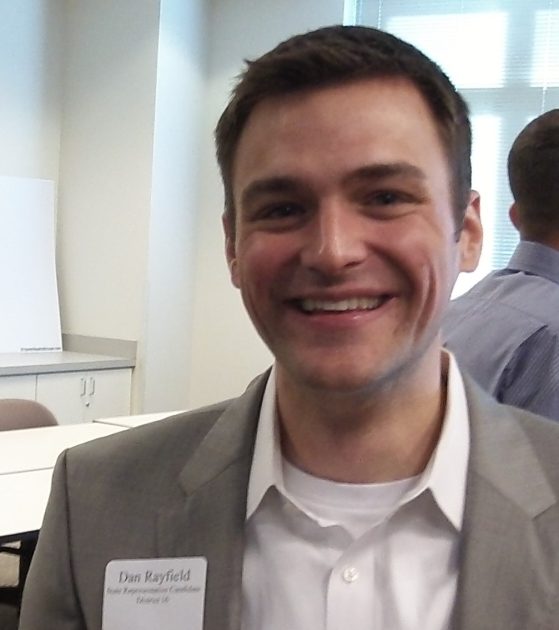 This is from 2014, when Dan Rayfield was running for the House and appeared at a forum at Albany City Hall.


7 responses to “Next House speaker, an Albany lawyer”